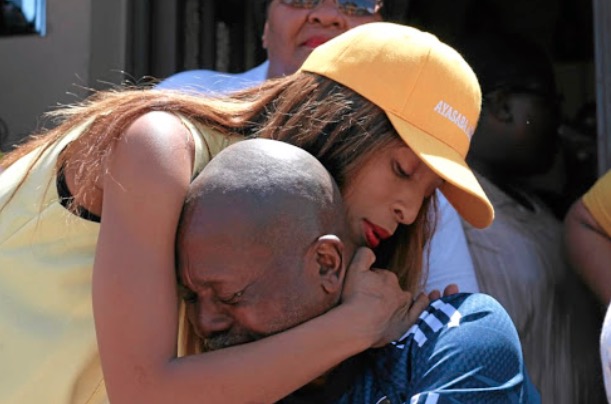 Born Thandolwenkosi Mbatha, Ndlovukazi donated groceries to the Meyiwas, who have fallen on hard times since Meyiwa's father, Sam suffered a stroke.

Meyiwa Senior is now wheelchair-bound and speech impaired after suffering a stroke in August. Ndlovukazi brought tears to his eyes when she delivered groceries worth R6000.

She was welcomed in the area by fans, members of the ANC, ward councillor Thandiwe Zuma and the Umlazi, Durban, community at large.