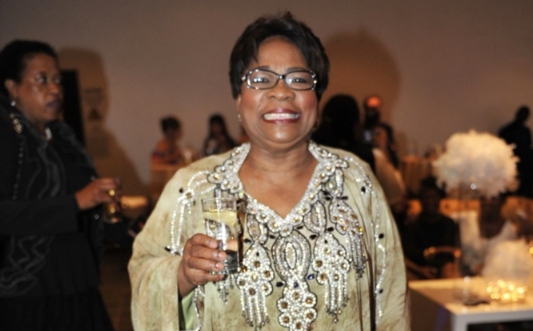 Veteran actress and activist Lillian Dube has opened up about the pain of apartheid, telling TshisaLIVE that she has seen "both sides of midnight" and knew what it felt like to be treated like less of a human.

The star, who started her career during apartheid, has never been shy to speak her truth but claimed that too few people were willing to speak about the atrocities they experienced in the past.

"I don't go into politics but people today just don't understand where we come from. Besides the corruption that is there, the struggle for equality is still there. Take public hospitals, they were beautiful for whites. Go into trains, white people were allowed to read newspapers while on the train, while we were together like sardines so that we could not even sit down. You had people grinding on you because you were so close. People don't talk. We had a terrible life."

She said she saw many people die for something as small as asking for a cold drink.

You would have to go to a small window to buy a cold drink. If you asked for Coke, they would give you Pepsi. A friend of mine's father died because he wanted Coca-Cola and this guy just shot him. And it was no crime."

Lillian worked as nurse aid at the time, looking after white people while her own child had no one to look after her.

"I worked as a nurse aid in an old age home and I would nurse bloody white people when my child had no one to look after her. But because my mother told me that no matter what I do, I must do it well. I loved those white people. We laughed and they were always there to support me," she said with emotion.

She said that she had no bitterness towards the people who had made her life hell during the time, acknowledging that there were "both good and bad whites, like there are good and bad blacks."

"I thank God that Mandela was who he was because revenge would not have worked. Because how much more terrible can you get? That is why I am grateful that he was able to forgive."

WATCH | Here's why Lillian Dube 'joked' about having 7 vibrators

Lillian Dube did not hold back when she sat down with TshisaLIVE.
TshisaLIVE
3 years ago

"There were so many people who were praying for me that I ended up praying for myself. I said, 'God. You cannot disappoint all these people that are ...
TshisaLIVE
3 years ago

WATCH | The Lillian Dube 'titty' comment that defeated the internet

"You don't suck a titty? What do you suck? You must suck something? - Lillian Dube.
TshisaLIVE
3 years ago