Musa Sukwene: It took months for me to return to stage after Robbie’s death 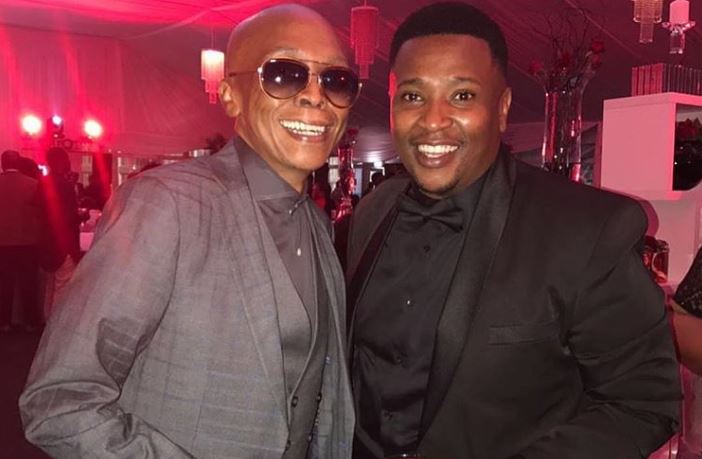 Overcome with devastation and sadness, it took Mthande hitmaker Musa Sukwene several months before he felt brave enough to return to stage after the death of his mentor Robbie Malinga.

The veteran musician died in December just months after releasing music with Musa and the Idols SA winner said he was left shattered.

Speaking to Jeannie D on Afternoon Express this week Musa said he spent most of his first show after Robbie's death anticipating that the star would somehow join him on stage.

"My first gig outside his presence was the day after his death. It was probably the most difficult show I have ever done in my life. I am standing there on stage and my mind is replaying the idea of me saying that I am going to call him up on stage. He is going to show up. At some point he is going to walk in, tap my shoulder and we're working."

Musa said that after that experience he spent four or five months in a dark place not wanting to perform.

"It took me four or five months for me to want to even perform again," he added.

Musa Sukwene on Instagram: “Thank you for coming out tonight...

Musa admitted that it also affected his ability to work on new music.

"It took a while. I think I spent over a month in studio not doing anything. I was used to the idea that you wake up in the morning and go to studio and told to go write a verse and come back. Now I am at a position where there is nothing. There is no material. You literally have to dig deep."

Speaking to TshisaLIVE in August Musa explained that it was difficult for him to adapt after Robbie's death.

Robbie Malinga's wife Ann remembers the way he treated her.
TshisaLIVE
3 years ago

Robbie spills the tea on why he named his new album after himself.
TshisaLIVE
4 years ago

Ann Malinga's statement about 'dark days' will leave you teary!

"Once you are dead, suddenly you were all this good things under the sun, everybody was close to you start telling good stories about you that they ...
TshisaLIVE
4 years ago

Robbie Malinga Jnr on the hate & losing his dad

Here's the Robbie Malinga Jnr you might not know.
TshisaLIVE
4 years ago