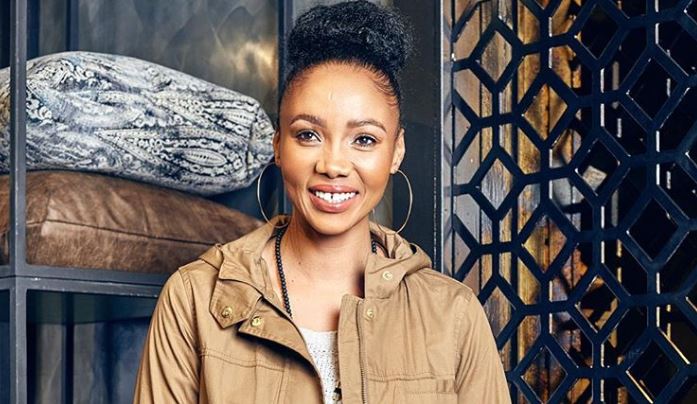 Azania says that we need to reflect as a nation on how Zondi was treated during her cross-examination.
Image: Via Azania's Instagram

As the nation watched the testimony of Cheryl Zondi in the Timothy Omotoso rape trial, TV and radio personality Azania Mosaka has called for a re-evaluation of the way rape survivors are treated during cross examination.

Zondi, who was the first witness to testify against Omotoso claims she was allegedly sexually assaulted for over two years and that the incidents started when she was just 14 years old. She has spent three grueling days in the witness box at the Port Elizabeth High Court detailing her rape, allegedly at the hands of the charismatic televangelist.

Zondi's cross-examination has caused outrage on social media with Judge Mandela Makaula having to reprimand Omotoso's lawyer, Peter Daubermann for asking "unfair questions", including how far she had been penetrated.

Speaking to the panel of presenters on Trending SA on Wednesday Azania said she had been following the trial and was saddened by the treatment Zondi got while on the stand.

"I think we need a re-evaluation of how we deal with rape survivors in this country. Because now the burden of proving even in our legal system is innocent until proven guilty but ultimately it feels like the victim is being put on trial versus the alleged perpetrator."

She slammed Daubermann's "vile" behaviour and said we need to "reflect to look at how this young woman is being treated in court. She is all alone."

Azania's frustration was shared by Metro FM hosts Somizi and DJ Fresh who spoke about the trial on their show on Thursday morning. They said they wanted to go to court to stand in solidarity with Zondi.

"I wonder how long this thing is going to go on for. I want to go there. I will stand alone. I think its something that needs to be done...we need to create a group," Somizi said, before DJ Fresh questioned why it was so easy to start churches in SA.

Music veteran Ringo Madlingozi shared a statement from the EFF on Zondi's examination and slammed those who used religion to prey on others.

"I know we are forever seeking salvation and divine help from God, nevertheless we cannot throw ourselves in these darkest pits, using the last and the only monies we have to buy the attention of God. We cannot do that. This should be equal to robbery. It is worse if they even transform to be rapists in their processes of thuggery and lies. Future generations should learn and do more research into this thing called religion. Future generations should go deeper and deeper into its inception and find out what it is without fear or favor," he added.

Omotoso and two other accused Lusanda Sulani (36) and Zukiswa Sitho (28) face a series of charges including human trafficking, sexual assault and rape of female congregants in Omotoso's Durban-based church.

The 97 charges are for crimes allegedly committed between 2009 and 2017, before Omotoso’s dramatic arrest at the Port Elizabeth airport in April 2017.

Here are some of the highlights of the trial of Timothy Omotoso.
News
2 years ago

Charismatic Nigerian pastor Timothy Omotoso’s wife Taiwo took centre stage during his trial in the Port Elizabeth High Court on Tuesday when she was ...
News
2 years ago

Observers who reacted with outrage to the cross-examination of an alleged rape victim by Nigerian pastor Timothy Omotoso’s lawyer might have broken ...
News
2 years ago

Tweeps agreed that Cheryl Zondi was the embodiment of strength and bravery.
TshisaLIVE
2 years ago