Mthokozisi on being a new dad: After everything that's happened, he gives me hope 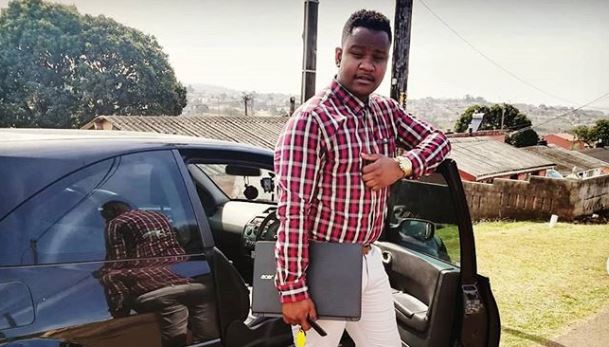 After a series of tragic events, the birth of his son this past weekend has given Idols SA star Mthokozisi Ndaba a new lease on life and a renewed sense of hope.

The musician, who finished as runner up on last year's competition welcomed his first child with Lockdown star Nandipha Sefoloko on Saturday.

Mthokozisi told TshisaLIVE he was overcome with emotion when he held his little one and was so grateful that his baby boy is healthy.

"There was no complications. Everything went well. Nandipha is doing well and I am going to fetch them from the hospital later. It feels so good to be a dad again. It gives me another reason to live. It has changed my mindset. I have to work hard to make him proud."

Mthokozisi's first son, Ntandoyenkosi died shortly after his birth in 2013. Both his parents died and he was once shot, beaten and left for dead.

In the time following his stint on Idols, Mthokozisi was accused of assaulting a young woman in a Hillbrow flat, losing several deals over the accusations and moved back to Durban to rebuild his life and career.

The musician said that after years of hardship, he was finally starting to see "a bright future".

"It is one of those graces of God. You know when you go through a lot and God surprises you with the best gift in the world? That is what is happening in our lives. We have a new reason to live. God has been preparing me for this."

Away from his personal life, Mthokozisi's latest single Nikita was approved to be distributed on all major streaming services and his wife's latest single Pringle is gaining traction.

"We are in a good space at the moment and things are starting to look up. We are focusing on our son now but we are very blessed."

Idol SA's Mthokozisi auditions for Uzalo: Here’s what went down

Mthokozisi wants to spread his wings into acting.
TshisaLIVE
4 years ago