Seputla shared that based on his own experience with bad headlines, he's proud to see how his son Thapelo handles himself 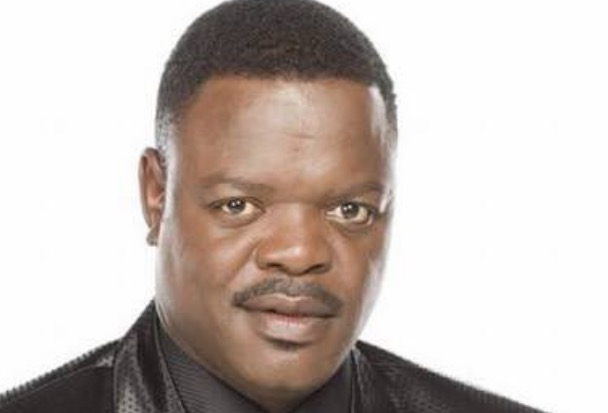 Veteran actor Seputla Sebogodi has witnessed the good and the bad that comes with fame, which is why he wasn't initially sold on his son, Thapelo following in his footsteps.

Thapelo who is known for his role on The River has since carved his own path in the industry and has left his ol' man feeling proud.

"It's funny how his journey went, I thought he would end up on the national cricket team or something soccer. Then one day he came back after going to register, he said ‘Daddy I found space to enroll in the arts department.’ I was sick for three months but one day I snapped out of it and I said to myself if this is what he wants to do he must do," he told TshisaLIVE.

The veteran actor said Thapelo's drive to build a name for himself in the industry has made him proud.

While Thapelo said that he didn't want to be known just because of his famous father.

"I didn’t want to live vicariously through him and expect him to live out my dreams. I mean, my father wanted me to be a policeman but that didn’t exactly happen because I ended up as an actor. So I thought, let me allow him to find his passion. Besides, it really shouldn’t have surprised me because even with my shows, he would show interest and give me notes," Thapelo said.

Seputla now gets to enjoy his son’s talent, starring alongside him on stage for the play, Flak My Son.

Actor Thapelo Sebogodi on making his own mark despite famous dad

When your father is Seputla Sebogodi aka Kenneth Mashaba, you know you have your work cut out for you and Thapelo stepped up!
TshisaLIVE
3 years ago

After being in the industry for over two decades Seputla has hogged headlines for all the wrong reasons on more occasions than he cares to remember.

Seputla explained that as the years went on his skin got thicker and tabloid reports had no effect on him, however there was no way to protect his children. And that left him helpless.

"This other time, my child didn’t go to school because she was being mocked because of me. Those kinds of dynamics are often ignored because “we are celebrities” but for me it hurt my children and there was nothing I could do about it."

Brothers beef over a property and the whole family is throwing shade at each other.
TshisaLIVE
3 years ago

L'vovo clears the air on his love life

Did you know that malume Lvovo has a special woman in his life? Hheyi phela, let us balance you...
TshisaLIVE
3 years ago