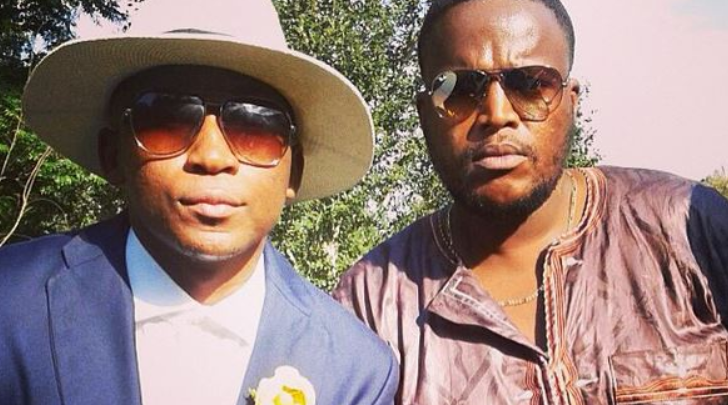 Khuli Chana fought back tears and struggled to compose himself shortly after learning about his friend and hip-hop star HHP's death.

Speaking to TshisaLIVE after leaving HHP's house on Wednesday an emotional Khuli said those close to the star had gathered and were in deep mourning.

"It is sad. It is the most heartbreaking thing. Everyone is there...I just don't know how to paint a picture of everything. For me, it is just sadness. Unbelievable sadness.

"This has to be the saddest day of my life. HHP had this vision that we would become successful. He was the most selfless person I had ever met. Everything I learnt, especially on how to move and treat people, I learnt from him. I learnt how to be humble from Jabba. He gave so much to see others succeed."

"It really felt like he was picking up the pieces"

HHP had been struggling with depression and suicidal thoughts for several years. Two years ago, SowetanLIVE reported that he had admitted to attempting suicide three times in 2015 and that he had visited an online suicide website in an attempt to help him get information on how to end his life.

Khuli said those close to the star remained hopeful that he would be able to overcome his struggles and were left shattered by his death.

"We made up, embraced and committed to always be there for each other"

Although close friends, Khuli and HHP grew apart for a while recently when hectic schedules meant they saw less and less of each other.

Khuli's last moment with HHP was at the South African Traditional Music Achievement Awards a few weeks ago, where they embraced and spoke about hope and the future.

That was when they promised each other that no matter what happened, they would be there for each other.

"We were at the SATMAS together and I called him on his birthday. We told each other how much we loved each other and we hugged it out. We were together again and made up. We reminded each other of how important we are to each other. We committed to be more involved in each other's lives. To be there for each other."

Khuli said he owed a part of his career to his friend and said as a young father he was now determined to keep HHP's memory alive in the growing generation.

"I want my children and all of Africa's children to remember him as someone who was selfless and the most talented person I have ever met."