Lindani Nkosi: Our society is in a speedy process of decay 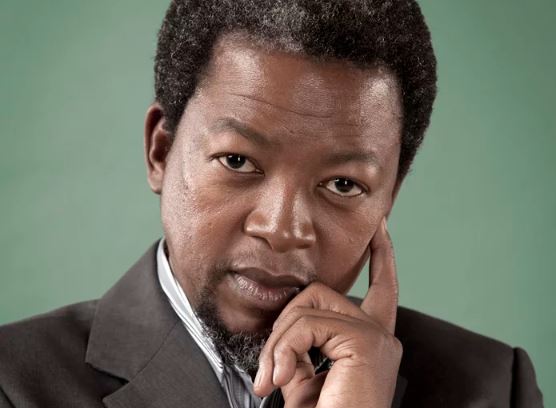 Isidingo star Lindani Nkosi has raised a warning to Mzansi, telling TshisaLIVE that our society is in a rapid state of decay brought on through pushing human rights so far that it affects the young mind.

As one of the most accomplished actors in Mzansi, Lindani has starred in several films, including as Nelson Mandela in Drum, and told TshisaLIVE he wanted to be involved in more "honest" projects in the future.

"I want to tell stories about humans and our dilemmas. I want to explore things that impact our soul, mind and society. Something that is deeper and teaches people about themselves."

He said that the was concerned by the moral decay he saw in society and wanted to try make a difference.

"Our society is in a speedy process of decay. It comes from every angle. We talk about state capture and liberalism. We push for human rights but in that is a trap where we push the rights of people to a point that we overlook the principles and ethics of society."

He said that in our rush to protect human rights there was a danger of destroying young minds.

"I don't want to be a person that says people shouldn't express themselves but I am wary of expressions that affect the young mind. Especially the young mind that has not yet formed its own opinions or been rooted in morals and ethics.

"The moral decay impacts the young so aggressively that even what they watch on TV  that can harm them becomes normalised. It is not right."

The country has been gripped by the trial of Nigerian pastor Timothy Omotoso. Omotoso and two other accuseds Lusanda Sulani (36) and Zukiswa Sitho (28) face a series of charges including human trafficking, sexual assault and rape of female congregants in Omotoso's Durban-based church.

Lindani said the trial led him to ask himself what we had become as a society and questioned why other religious leaders were not speaking out.

"I don't hear preachers or even the bishops coming out and applauding the witnesses' strength. My fear is around our morals and ethics are going down and it is always in the name of us having the rights as human beings to do what we want and feel like it and no one should question us.

The star who plays Lincoln Sibeko says he is not about that celeb life.
TshisaLIVE
3 years ago

Guess who? | These celebs are young, famous and proudly Christian!

These celebs make it look so cool to praise God!
TshisaLIVE
4 years ago