Image: Via Twitter AKA and DJ ZInhle had the rumour mill in overdrive a few months ago after a snap of them hugging went viral.

DJ Zinhle may be shy to confirm whether she and rapper AKA are back together but has opened up about how the two are just right for each other.

Speaking to MacG on his PodcastnChill series this week, Zinhle was asked about her early relationship with AKA before the rapper cheated on her with Bonang.

She gave listeners a rare glimpse into their lives at the time and how they connected on such a deep level that they started officially dating only a day after going out for the first time.

"We were good. Honestly, I won't lie, we were just so good together. We made so much sense together. I think being so different made us click. We are different but we worked out and made sense."

The couple were together for three years before they welcomed a baby girl they named Kairo.

Despite the drama of the last three years, which saw the couple break up, fight and then reportedly get back together, Zinhle said she would love to have another kid.

"I wish I was (having another baby) but the nine months process is just too long. I would like to but sho, man, taking time off work and...it is a lot." 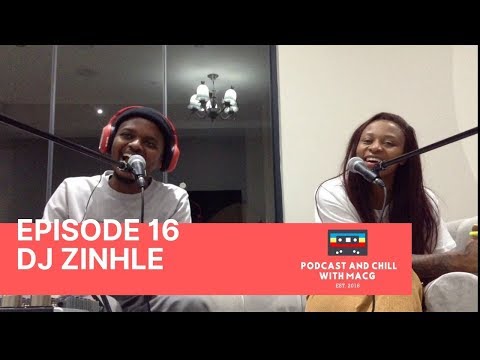 AKA admitted during an interview with East Coast Radio in June that he still loved his baby mama and would not rule out the possibility of the two getting back together.

Meanwhile Zinhle told Real Talk at around the same time that they were just co-parenting.