The author had to call the cops to escort her after she was allegedly followed home by two strange cars just days before her book cover reveal. 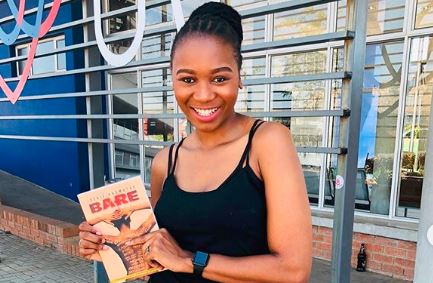 Jackie Phamotse, author of controversial book Bare, had to call police for help when she allegedly realised she was being followed by two cars for the entire day.

Jackie, who recently celebrated signing onto Rosie Motene's company Waka Agency, claimed thats she had been followed on Monday.

"Yeah so I was driving from Braamfontein to Pretoria for a meeting but I had noticed throughout the day there were two cars that were following me. Everywhere I went,  these two cars were there even though they would park a little bit far from me," she told TshisaLIVE.

Jacki said she realised that she was being followed when the two cars were parked near her meeting location. This after she had done multiple re-routes to try and lose the two Jeeps that looked brand new and had no number plates.

This is my reality! Got followed home again, almost got pushed out of the road! I am not going to back down come hell or high waters I am releasing this book on Thursday! Thank you to the @SAPoliceService for helping out! pic.twitter.com/s9aDz5mqEi

However, Jackie said she continued with her plans but soon realised her life might be in danger one car drove at 40 km in front of her, bumper-to-bumper on the highway with one driving behind her so she could not move.

Jackie explained that she called the cops to help escort.

"I had to call the police to help me off the road and then to help me get home. The thing is they didn't try to bump me or anything like that, it was just evident that they wanted me to stop at some point. So we had to get an escort from the highway all the way to my house."

Jackie's new book cover will be launched on Thursday and the book, whose name is yet to be released already has an army of people waiting for it. The author announced that the book, which she told TshisaLIVE is a totally different project from Bare will use real names of real life prominent people.

After the controversy that was sparked by Bare, the internet has been waiting in anticipation for the big reveal.

"I know that it is obviously because I have said my upcoming book will have real names in it. I'm launching the book on Thursday. I believe this was them trying to somehow get information or prevent the book from coming out completely or to sabotage it somehow."

Jackie said for her passion this was a price she was prepared to pay and that she was prepared both legally and mentally, as well as protection wise for what would happen after the book is launched.

Jackie's book cover will be revealed on Thursday November 1.

LISTEN | Prince Kaybee releases his tribute to HHP - it will touch your heart!

The insturmental feels incomplete without vocals but maybe that's the point.
TshisaLIVE
2 years ago

Sophie Ndaba is very much alive.
TshisaLIVE
2 years ago

Ahee! Penny Penny is returning to screens.
TshisaLIVE
2 years ago