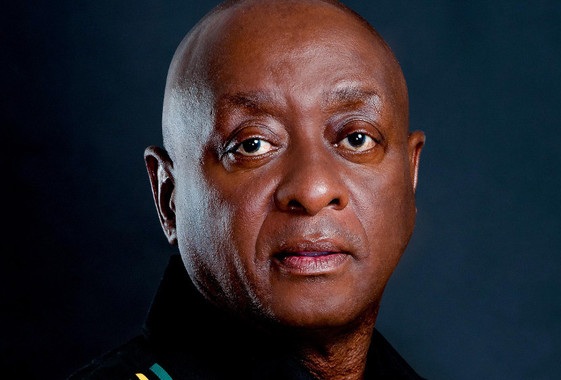 Dr Mbongeni Ngema is celebrated all over the world for his work in the film and theatre industry and he reckons that his work, just like that of legendary playwright Shakespeare, will survive for centuries to come.

Speaking to Actor Spaces Mbongeni explained that it was a great feeling to know that his name would never totally vanish.

"My work will outlive me, 100 years from now people will still be performing Sarafina!. It’s fantastic to know that you’ve written work that will never die. That people can give it life beyond yourself."

Mbongeni, whose career spans over three decades said he’s kept his creativity sharp by delving into both film and theatre. He said he strongly believes that the “death” of theatre will be the death of real acting.

He lambasted new school actors who dismiss theatre for fame that comes with television or film work.

"The downside to this is that a lot of those people don’t know how hard it is to work on a play that will have longevity, they think that if you rehearse for four weeks, that’s it! These young people who think they are actors and a lot of them are just models, they have never been trained in acting."

"He is the greatest icon since Jesus Christ."
TshisaLIVE
3 years ago

A part of Mbongeni's legacy is the fact that he discovered and mentored a lot of talent currently ruling the acting industry today. The likes of Uzalo’s Baby Cele who has spoken about her wish to do the same thing as Mbongeni.

Baby wants to launch a production company to give young talent a chance like Mbongeni gave her with Sarafina!. She told TshisaLIVE in a previous interview that the one piece of advice she would give to people she mentors is to watch out for fame.

In the same breath of writing work that outlives you, Mbongeni previously spoke to TshisaLIVE that the next generation of actors needs to be more willing to learn from veterans.

"What frustrates me the most is that young artists don't want to learn from us who have been in this industry for a while. I remember when I started out I learnt so much from Gibson Kente. I decided to go live at his house to learn how he wrote music and everything about him. I don't see enough young people wanting to learn. I feel like the thirst to learn is lacking in today's generation."

HHP's father on Lerato Sengadi: 'I have made it clear to her that she is not welcome at the funeral'

HHP's family have barred her from his funeral.
TshisaLIVE
3 years ago

Here's what Rasta thinks about the backlash over his paintings

"I'm not trained for the kind of pressure I get these days...but I won't stop painting," said Rasta.
TshisaLIVE
3 years ago

WATCH | The last music video HHP featured in with Lection

Lerato Sengadi has filed an urgent court application for an interdict against HHP's family.
TshisaLIVE
3 years ago