IN MEMES | Searching your man is never a good idea... just ask Mapitsi

If you go looking for something in people's bags, you will find it! 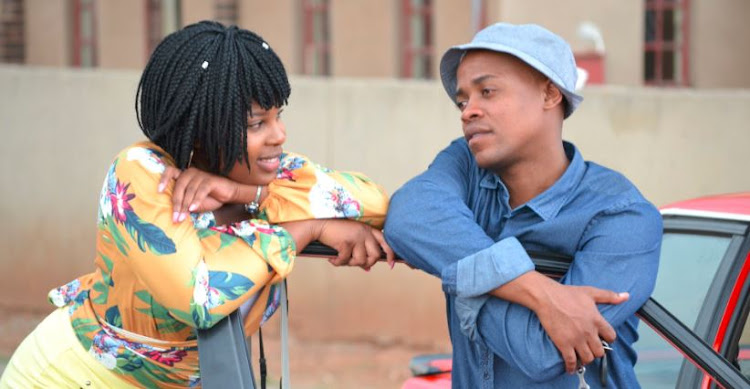 Viewers of Skeem Saam have dubbed Mapitsi "childish" for being mad at Sphola after she found condoms in his bag. Because why the hell did she search his bag in the first place?

From phones, to bags and social media - if you want to be a happy partner, best you stay away from playing an FBI agent.

Mapitsi and Sphola have only recently started dating. This because Mapitsi played hard to get for the longest time. But Sphola didn't give up on her.

Sphola has been going out of his way to assure Mapitsi that he's the man for her and that he will be faithful to her and love her right. Then, just when we all thought Mapitsi was settling into the idea of being 'Mma Sphola', she went and let her insecurities get the better of her.

Obvs, when you go searching for something, you will find it. Sphola having condoms in his bag could be as innocent as ever but because Mapitsi has already concluded, she'll stay mad...

Tweeps shared their memes. Sis should have known better!

Isn't Mapitsi the one who searched Sphola? She could have saved herself the anger by not opening that bag. #SkeemSaam pic.twitter.com/NfEPnntLph

#SkeemSaam Mapitsi getting angry that sphola carries condoms, that's like being angry that her man wears a bulletproof in Syria.. pic.twitter.com/97sCYIA1G1

Meanwhile, Celia is learning the hard way that people that are willing to hurt others with you, will also come for you at some point.

Plus she keeps forgetting her place and she about to get her a** fired!

#skeemsaam... Celia is seriously asking for another written warning!? pic.twitter.com/1S8oYU4V96

Celia is about to embarass the principal. #SkeemSaam pic.twitter.com/2d5zy4feUX