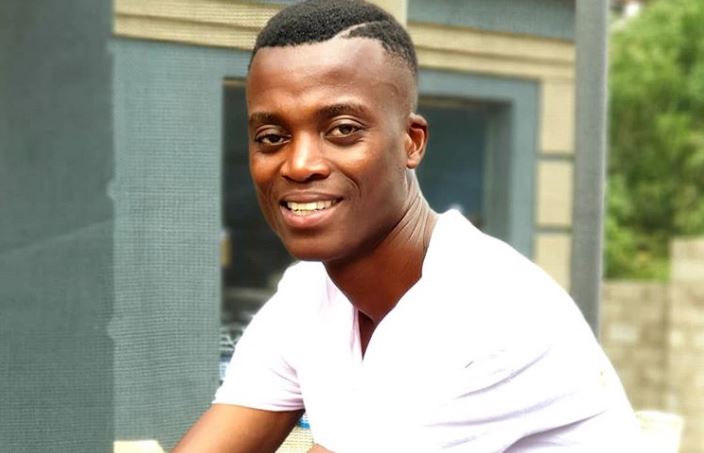 If you’ve seen people randomly falling to the ground after doing a dance, it’s all thanks to Moreki hitmaker King Monada.

King Monada burst onto mainstream fame in 2016 when he made a song for the blessers aka Moreki – the ones who bless people by buying them this and that (not to be confused with the sugar daddies).

The hitmaker is back with another jam that has taken over SA and has literally seen people fall over themselves in jubilee.

The song, titled Malwede (which loosely translates to diseases (sicknesses) in Khelobhedu, a Sepedi dialect) is about how the disease of epilepsy can be 'caused' by matters of the heart.

Not only does the beat go in, the lyrics instruct the listener on what exactly needs to be done to dance to the song.

Every year, particularly around this time, South Africans come up with a new dance to usher them into the festive season. This year, it seems the Malwede, also known as the Falling Dance, is taking centre stage. Here are some of our favourite #MalwedeChallenge memes.

Monada says in the song  that any person that dares to date him needs to know that he has diseases that include epilepsy and they should tread careful not to provoke it. He says that missed calls, not giving him money and not coming home are amongst the things that might cause him to fall.

South Africans, being the likers of things that we are, have gone and taken the message with a pinch of salt. Just as the Zulus smothered everyone into wanting to go kill Van Damme in 2017, it looks like the Limpopians will take lead and have everyone falling down in the dirt this festive season.

The song has since blown up and whether you hear the lyrics or not, the beat won’t let you just sit through it. You know a song has been certified a Dezemba jam when there’s a challenge for it and the #MalwedeChallenge has not only seen people throw themselves to the ground at all kinds of places, but it has gotten a few in trouble with authorities as well.

Some students did the challenge in class and got suspended, while other people did it while driving and almost got into an accident.

However, despite all the potential danger it packs, its popularity is on the rise. Plus, if you think about it, vosho also had its dangers but never stopped anyone. If you have two left feet, this may be the dance for you because there’s no technicality involved here… you just have to fall.

“Thuso Phala and vosho may have defeated me, but ain’t no way I will fail at fainting,” said one Facebook user.  Let that be your motto too.

'I'll sleep when I'm dead!' - Dr Malinga explains why his songs are anti-sleep

Dr Malinga has come out to shed light on why most of his December tracks follow a similar theme of evading sleep to party or to make money, ...
TshisaLIVE
4 years ago

Moreki hitmaker King Monada apparently left fans disappointed after he had to skip an event he was billed to perform at because of a funeral in ...
TshisaLIVE
4 years ago

As the debate around the Metro FM Awards voting system continues to rage, record label boss Cassper Nyovest has voiced his disdain at "buying ...
TshisaLIVE
4 years ago