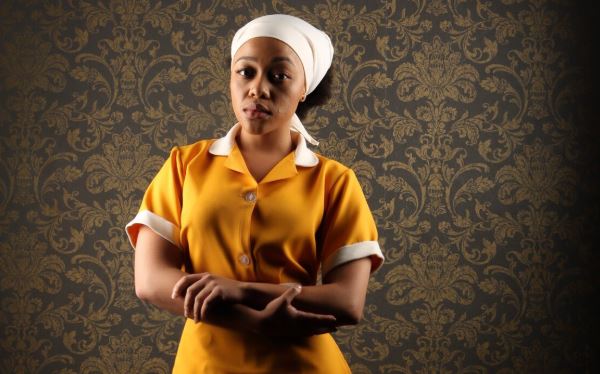 While there's no denying that Thando Thabethe did a good job on Generations: The Legacy, it's now safe to say her fans are totally on board with her role on Housekeepers.

The actress, who had fans concerned when she up and left one of the biggest soapies in SA, has kept viewers of the Mzansi Magic drama series glued onto their screens every Monday night.

As Linda Ndlovu, Thando attempts to reveal the skulls in the Zwide family closet and avenge her mother death.

While viewers have compared the series to the American Devious Maids, they are now sensing an influence from another American series Revenge. Still, Housekeepers remains undefeated.

Everything about the series is excellent, from the writing, to the production and the acting. And while they are all brilliant, Thando has come out on top for her brilliant portrayal of the complicated maid.

Now, who wants to start a Thando T appreciation club?

#HousekeepersMzansi Thando is killing her character i love it so much @Thando_Thabethe keep on shinning dear. pic.twitter.com/ZOaU5Qx2jy

#HousekeepersMzansi should play for an hour!!! The spice and drama pic.twitter.com/oCh113F2c8

Yeerrr this show is a thriller, im literally bitting my nails as i watch!!#HousekeepersMzansi pic.twitter.com/JYaCRrIsET

So... the season finale of #housekeepersmzansi might fall on 31 December... where will your priorities lie? pic.twitter.com/2gZmf4SdMk

#HousekeepersMzansi that Sotho helper is a piece of job 😂🤣 pic.twitter.com/igyLpBGach

Chad and Kelly are dishing out loved-up moments 24/7. Whether it's a stunt or not, we're here for the sauce.
TshisaLIVE
3 years ago

Uzalo’s Noxolo Mathula on hate, a bigger role and dealing with fame

Heavy K said some of the best treatments they've been told about cost approximately $180,000 (about R2-million)
TshisaLIVE
3 years ago