Skolopad's thinking of dropping the alter ego for her 'peace' 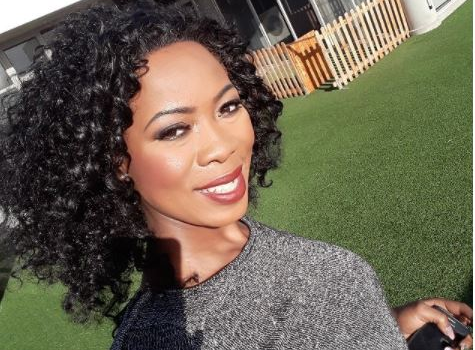 Nonhlanhla Qwabe's alter ego Skolopad could soon be a thing of the past as she tries to slip back into "normal life".

Skolopad, who was involved in a car crash two months ago told TshisaLIVE that she has since taken a break from the entertainment scene and has been enjoying the peace.

The entertainer said that Skolopad wasn't as "appealing" anymore and that since the accident her priorities had shifted.

Ever since Skolopad burst onto the scene in a revealing yellow dress in 2017, she's hogged headlines but the past month has been "quiet".

"I have been taking time for myself to heal, since I am still on sick leave. It's been so peaceful without the stress that comes with Skolopad. No calls from media or promoters and the likes. I have been thinking of just exchanging Skolopad for my peace, I didn't realise how much I missed it."

Skolopad was traveling with her daughter and two police officers on September 22 when she allegedly lost control of the car and veered onto the wrong side of the road. The crash claimed the life of the motorist, whose car the entertainer crashed into.

At the time, SAPS media liaison official Sergeant Mmako Mophiring confirmed to TshisaLIVE that police were investigating a case of culpable homicide.

Skolopad said she had not received any updates about the case since the accident.

While she has been contemplating what lies ahead of her, Skolopad is determined to follow her passion for singing and may even take a shot at gospel music.

"I will always love singing and singing for God is something I was doing long before I became Skolopad. It's worship, you know. It is borne out of gratitude for what he (God) has done for me."

Meanwhile, Bonang's team have revealed that the matter has been "settled in some respects".
TshisaLIVE
3 years ago