Image: Instagram/ Bonang Bonang said the show would be boring without her name being mentioned.

Bonang has hit back at shade thrown her way by Somizi at the Feather Awards on Thursday night, telling followers that the show would be boring without her being mentioned.

Somizi, who was once friends with B before the pair had a massive fallout was host for the evening and in his spicy intro monologue told an audience member to watch their taxes and always pay on time.

The way Somizi addressed the person made it clear to everyone in room that he was throwing shade at Bonang.

Soon the fierce discussions in the room slowly made its way on social media.

Also... and I’m glad I’m not the only one who’s said this last night and the past 5 years... There is so much going on in our entertainment industry for us to lack content the Bonang shade is tired. Really, it is. #Feathers10

And as usual... They have to shade Bonang. Every year 😫😫 #Feathers10

Bonang has become known for a quote she has pinned on her Twitter page. It reads: "They have to talk about you. Because when they talk about themselves, nobody listens".

B shared something along those same lines when a follower complained about the constant shade being thrown her way.

Responding to the message, Bonang said they had to drag her or the show would be boring.

Her fans joined in the conversation slamming the awards for trying to get relevance by using their fav's name.

They have to use her name to be recognised.. it just shows that they dont know how to do their Job... stay blessed B*

They wish they were you don't you see? You inspire half the people in that room but most will never acknowledge it

But B wasn't the only one who got shaded at the awards.

Somizi's monologue went for everyone from former Home Affairs Minister Malusi Gigaba to Emtee and Dash.

He even pulled out a joke about Maps and Nomzamo that drew some laughs.

"Now Nomzamo can date a straight man," Somizi joked when speaking about the star's break up with Maps Maponyane.

But the spice really came when Real Housewives of Johannesburg star Evodia Mogase presented the Drama Queen of the Year award and was asked about Dineo Ranaka.

She shrugged off comparisons between herself and Dineo and called her fellow reality star "a joke".

Everyone in the room looked at Dineo's chair, which was empty.

She came onto stage just a few seconds later, no doubt passing Evo on the way.

Luckily, beef was averted as Dineo stuck to the script and presented the Diva Extraordinaire award to actress Thembsie "Petronella" Matu. 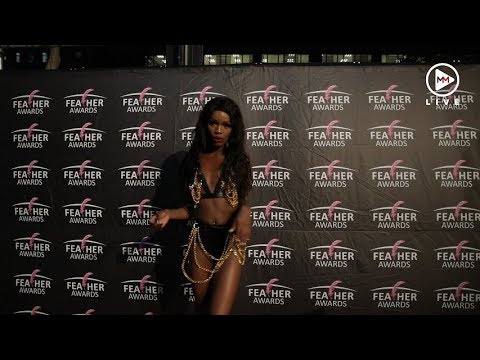