Robbie Malinga Jnr: I’m an important person who always needs to be protected 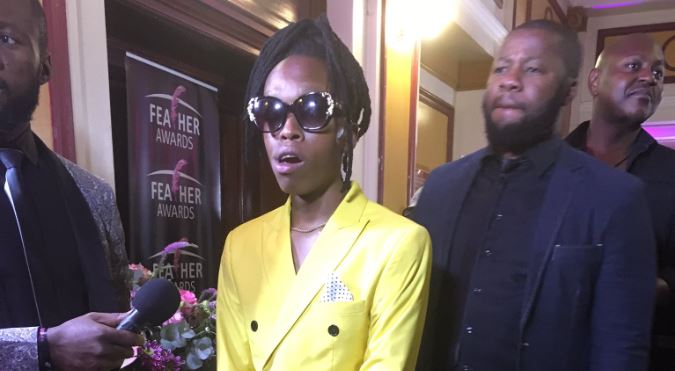 Robbie Malinga Jnr stepped into the spotlight earlier this year following his father's death and told TshisaLIVE that life has become so hectic he now rolls around with bodyguards.

Robbie showed up at the Feather Awards in Johannesburg with two big guys on either side of him.

Mr "It's too much" didn't even hold a microphone when approached for comment, making one of his security team hold the mic. On occasion he even got the man to relay questions and messages for him.

Speaking to TshisaLIVE at the event, Robbie said he hired the men because he was a VIP and needed protection.

"I always have bodyguards. I am an important person who always needs to be protected."

He said they even go to school with him

"They wait outside until I am done," he added.

Robbie made headlines in May when he took over his late father's Instagram account and filled it with pictures of flashy cars and expensive clothing.

Robbie said he was ready to capitalise on the fame that came from that time and was going to make 2019 his year.

"I am doing more and more things over the next few months. More for the people to see. Next year I am taking over South Africa. 17 and taking over, let's go," he said.

He wouldn't confirm whether these plans included that long rumoured reality show but it looks as if he will be releasing music.

This despite telling TshisaLIVE a few months ago that he would only release when he is done with school, a video of him preparing for the awards contained a song he said was "on the way".

Here's all the nominees for this year's event.
TshisaLIVE
3 years ago