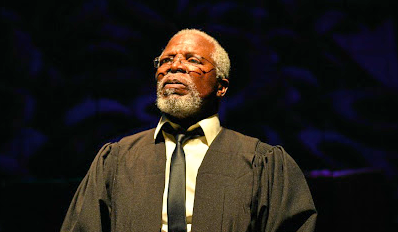 Mzansi's John Kani will star in the live action remake as Rafiki.

Twitter has been sent into a complete frenzy over the release of the first trailer of The Lion King, which is set for release in July 2019.

Disney released the trailer, which gives fans a glimpse into the remake of the timeless animation movie.

The clip which is just over one minute long has gone viral with fans from across the globe flooding Twitter with their favourite Lion King memories.

The remake will be directed by Jon Favreau and the cast includes Beyoncé as Nala, our very own John Kani as Rafiki, Donald Glover as Simba.

James Earl Jones will return to his role from the 1994 classic as Mufasa.

Here's a look at the teaser:

Disney also released a poster of the live action remake.

And....here it is! The new #TheLionKing trailer side by side with the original The Lion King movie scenes. Your thoughts? 🦁👑pic.twitter.com/mYcai7gnST

Me watching the #TheLionKing Trailer then realizing that I have to see Mufasa Die again...But in live action... pic.twitter.com/C4ecBU6vj5

Sad we didn't get the #Avengers4 trailer, but I am still happy we got to see our other new overlord #theLionKing pic.twitter.com/TeiAnTHsAq

Me at the theater next summer. #TheLionKing pic.twitter.com/AcGng5DJTn

This is going to be such a religious experience #TheLionKing pic.twitter.com/hsVdavcV1L

THIS IS SO
ICONIC
POETIC
POWERFUL
INSPIRING
I HAVE NO WORDS! #TheLionKing pic.twitter.com/ZNNYd7XSbj

He apologised to the person for any offence that was taken.
TshisaLIVE
3 years ago

Khanyi Mbau on her new gin: I decided to bring joy to the people

The Queen of Bling added actuals edible shimmer to her new gin brand.
TshisaLIVE
3 years ago

Robbie Malinga's wife on other women telling widows 'how to behave'

Ann Malinga has questions over other women who have advice for widows.
TshisaLIVE
3 years ago

Nomsa is totally smitten with her bae!
TshisaLIVE
3 years ago