Thando Thabethe on calling off her engagement: Everything happens as it should 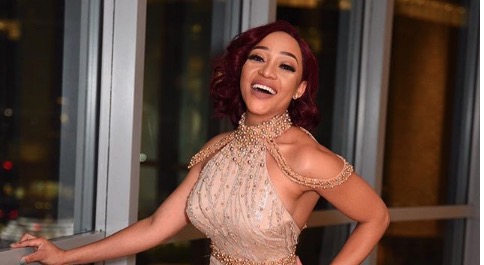 Even though picking up the pieces after breaking things off with her fiancé was a painful journey for Thando Thabethe it helped her find her inner-strength.

Reports that Thando and Frans Mashao called it quits first surfaced in July. Fans were left shocked by the claims because it came less than a year since he popped the question.

While Thando confirmed their split she has declined to speak about the details surrounding it.

During an interview with Drum magazine Thando opened up about the road to healing.

"It wasn't a great experience, but I've learnt I'm strong. I have no regrets about the relationship and the decisions I made before, during and after. Everything happens as it should," she said.

Thando also revealed that even though it was a painful experience, she has not given up on love just yet. In fact, Thando hopes she finds Mr Right soon.

During an interview on Real Talk in August, Thando said that she didn't believe she needed to make the details surrounding their split public knowledge.

It has been reported that the media personality’s fiancé cheated on her with multiple women.

Meanwhile, just last month Thando found herself at the centre of a completely different storm.

A cover shoot she did for Cosmopolitan magazine was widely slammed by fans across the country for allegedly using Photoshop to make Thando appear darker.

"I agree that, yes, I do look darker. I have spoken to the editor and she assured me that they did not do anything so I take her word for it."

The publication's editor rubbished the claims, saying it would never alter a cover star's skin tone.

Kelly Khumalo will not allow anything to take away from her relationship with Chad da Don.
TshisaLIVE
3 years ago

Generations' Grace on doubt: When doors are slammed you think you are to blame

"You start to think that something is wrong with you. That the person sitting next to you is a better human than you."
TshisaLIVE
3 years ago

Mrs. Coffee said she had her heart set on changing the lives of young women.
TshisaLIVE
3 years ago