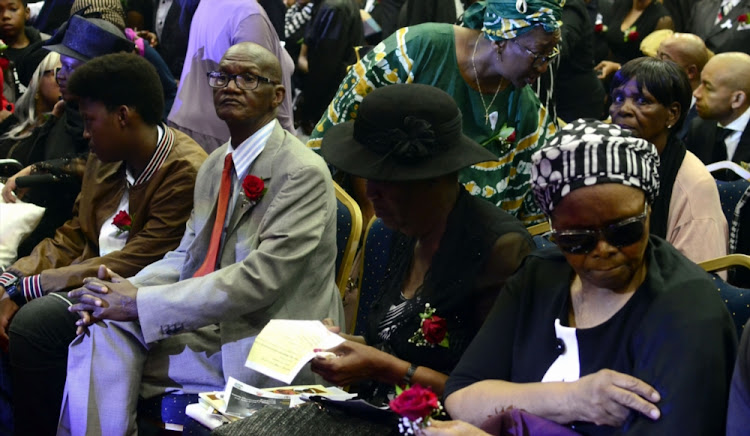 A steady stream of prayers and support continues to pour in for HHP's 13-year-old son, Leano in the wake of his mother, Lerato Khanye's death on Monday.

This came as a double blow for the teenager who buried his father, HHP last month. Jabba took his own life on October 24 after a lengthy battle with depression.

Tsambo family spokesperson, Nkululeko Ncana confirmed to TshisaLIVE that Lerato died in a Johannesburg hospital on Monday morning but could not divulge any further details.

While Lerato and HHP have not been romantically involved for years, they both raised Leano. The rapper was traditionally married to publicist Lerato Sengadi.

The Tsambo have called for privacy and declined to comment on how Leano is handling the news of his mother's death.

Ever since news of Lerato's death was confirmed social media has been abuzz with messages of condolences for Leano.

A teenage boy has lost both parents in the space of a month.
An absolutely sad reality he is facing right now.
I pray he has all of the support, love and comfort needed during this difficult time.
Condolences to Leano and all of his mother’s loved ones.
🙏🏾

Dear God may you send your strength & angels to be with Leano Tsambo. If we could all please take a moment to say a prayer for this boy. Grief on grief is nothing a teenager has to experience. Condolences to the Khanye family.
I don't know how but peace find a way 💔💔💔 🕊

May God be with you Leano.
Condolences to the whole fam.
R.I.P to both your father.. Jabba x Lerato Khanye your mom. This is heart breaking..damn. pic.twitter.com/6hf71X3OpF

Condolences, prayers and all the love in the world to Leano. It shouldn’t be this way. Not like this 💔

Oh Bawo, sending love & strength to Leano. May he be comforted during this time, may he be surrounded by love & peace. May he experience peace that's beyond human understanding 🙏❤

It's not easy poi, but kuzolunga. God loves you and He will always protect you, Leano Khanye. Condolences to Lerato Khanye's family & friends. #PrayForLeano pic.twitter.com/1hKuFkBjlm

Thoughts with HHP's little man Leano, it's too much. Keep your head up young man its all in God's hands

Leano will be burying his mother, just a month after burying his father (HHP) ... Kubi 💔 kub'hlungu 💔 pic.twitter.com/fbQ3tykNeu

HHP's ex-partner Lerato Khanye has died, son loses both parents in a matter of weeks

HHP explained what he believed was one of the root causes of his depression and how he was dealing with it.
TshisaLIVE
3 years ago