Imbewu's Fundiswa Zwane: Culture & religion don't have to be in conflict 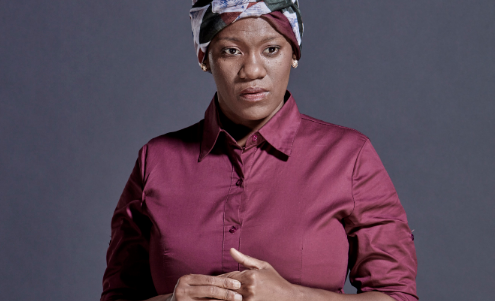 Imbewu actress Fundiswa Zwane plays the role of a wife steeped deep into the world of culture, something she says as a Christian she has had to navigate in her role as KaMandosela.

The former Generations star told TshisaLIVE that she had to prepare emotionally for the role which would see her go through a number of family issues and other challenges on screen.

"It weighed heavily on me. I have had to treat it with reverence and care. I know that I represent the millions of women who are healing and that are going through things in their homes. It is about families who haven't had those difficult discussions because the cultural circumstances don't allow."

Fundiswa is a proud Zulu Christian woman and said while she understood the conflict culture and religion could have, she was able to balance it.

"I have done research into my culture and into Christianity so I have been able to strike that balance without there being a sense of guilt. I believe that I am representing untold ancestry that walks with me and carries me. I understand that socially they (culture and religion) are seen to be in conflict but they are separate. I understand there is challenges but it is a personal journey."

She said that if it brings you closer to God and uplifts your community, it is a good thing and should not be judged.

Playing KaMandosela has pushed Fundiswa to the point where she's had passionate internal arguments with her character and broken down in tears on set.

"This role has taught me that, as a performer, I  stand in a place of non-judgement. I have had arguments with KaMandosela, where we've had screaming matches with each other and I ask her what kind of woman or mother would do such a thing. She tells me that the agreement I took when I represent her, is that I do not judge her."

Away from the screen, Fundiswa has launched a campaign to help collect matric farewell dresses for underprivileged girls in her home province of KZN.

She said the motivation for giving back was in trying to channel the sense of humanity shared by both Christianity and culture.

"It is giving back and providing opportunities to those who might not be as blessed as yourself," she added.

'We've found Cassper's ponytail!' – Here's why everyone is loving Imbewu

It's like Dragon Ball Z all over again!
TshisaLIVE
4 years ago

Twitter wants to know: Was that Imbewu sangoma Morgan Freeman?

But he really looks like Freeman yazi? *zooms in for proper view*
TshisaLIVE
4 years ago