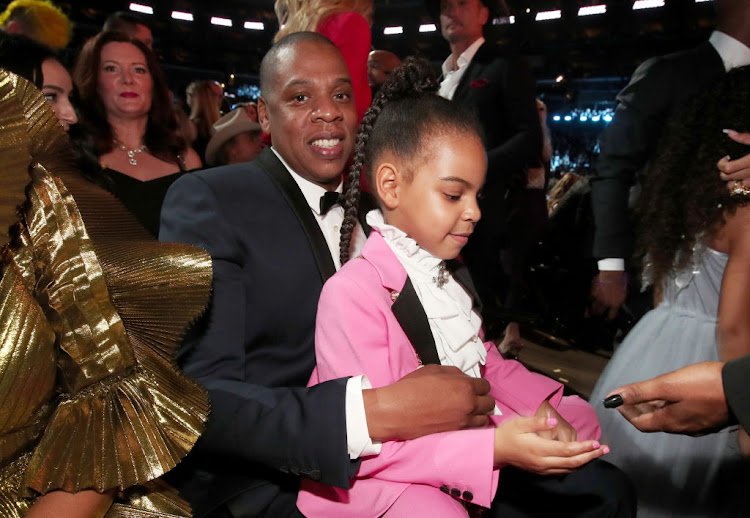 Hush on all that Beyoncé talk, Queen Blue Ivy has arrived in town and the fan club is going ape sh*t crazy!

Mama Bey is in town for the Global Citizen Festival this weekend, alongside Pharrell Williams, Usher, Ed Sheeran, Black Coffee and her hubby Jay Z.

Bey brought her whole family to Mzansi, including the twins and their oldest daughter Blue Ivy.

Blue even threatened to steal the show when the family arrived at Lanseria Airport on Thursday when she gave fans the eye and pulled classic facial expressions.

Cava the gasp and stares she gives fans as she whizzes past.

Fans were already stans from the moment she rapped on her daddy's album 4:44 and were quickly flooding the internet with posts welcoming the "greatest rapper alive" to our shores.

we’re breathing the same air as blue ivy, the greatest rapper of our time

Blue Ivy is not even performing but she’s trending 😂😂😂😂 pic.twitter.com/PqtKWKIzK2

Princess Blue Ivy, The greatest rapper of all time is also here!!!!!!

Others just wanted to know where they can sign up to be her babysitter.

Any place around Alex that sells Kota so early in the morning.

OMG! Beyoncé is in SA!
TshisaLIVE
3 years ago