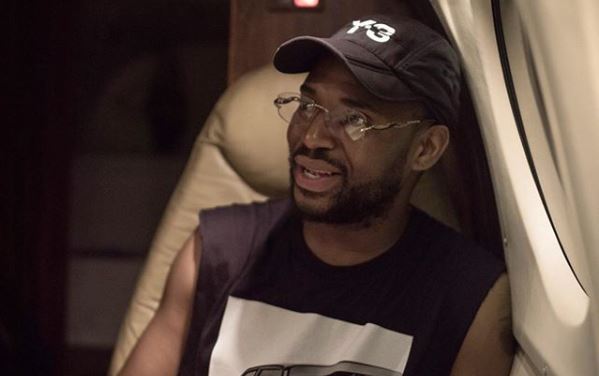 Okmalumkoolkat explained why he missed a gig in Klerksdorp over the weekend.
Image: Instagram/ Okmalumkoolkat

Rapper Okmalumkoolkat was whisked away from an event over the weekend after gunshots filled the air just moments before he was set to perform.

The star was a headline act at the Pepper Explosion Street Bash in Klerksdorp this past weekend but shortly after his arrival at the venue Okmalumkoolkat was caught in the chaos and wasn't able to make it on stage.

In a statement the event organisers detailed how gunshots went off shortly after the star's arrival and they had to remove him from the venue.

"On Okmalumkoolkat's arrival, while we were busy preparing to escort him to the stage gunshots started firing and unfortunately we couldn't let him through such happening but told him to drive off instead," Precious Events' Mayenzeke Masele said.

He said the criminals who had hit the party "took whatever that they took" but could not comment on what exactly was taken. Mayenzeke said security and police helped restore calm to the event after the "chaos and flying bullets".

"We thank god that nobody had to lose their lives through the chaos and flying bullets on our side, we hope that everyone was safe from the crowd as well. With the help of the hired security and police the situation cooled down."

Taking to social media on Monday Okmalumkoolkat said: "We literally got there and sh*t went down so we had to waai".

He said he was sorry for missing the gig but that he was glad no one was hurt.

"Hopefully we can play a show in Klerksdorp soon soon," he added, before thanking the organisers for their assistance.

WATCH: What it was like recording #TouchMyBlood with AKA

You haven't lived until you see this cute moment between Kairo and AKA.
TshisaLIVE
4 years ago