Paballo Mavundla on joining Generations: The Legacy & shaking off Nkosana 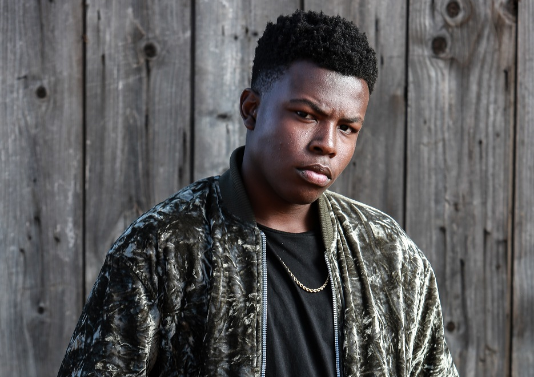 Actor Paballo Mavundla may have lit up screens as Nkosana on The Herd  but is ready to step into a new role on Generations: The Legacy.

Paballo recently made his debut on the popular SABC 1 soapie as a young varsity student Crazy J and told TshisaLIVE he was excited at the opportunity to be part of such a massive show.

"It is something that I have always dreamed of. After The Herd, I told the universe that I wanted to be on an SABC show. I wanted to showcase my talent to a wider audience. This opportunity came and I grabbed it with both hands. I am so glad that it all worked out."

Although it is still early days, Paballo said that fan's reaction to his character on Generations was positive and streets away from the backlash he got after playing the rebellious Nkosana on The Herd.

"I haven't got anything close to the hate I got with Nkosana. But I was told to prepare for it with Nkosana and so I didn't let it get to me."

He said his secret to blocking out the hate was avoiding social media like the plague.

"Social media can really impact how you think and view the world. I had to make a decision to not listen to what is being said on it and just focus on me."

Paballo hopes that Crazy J will have the same impact as Nkosana had, but said he was aware that his first role will always be the one fan's remember him for.

"I am not trying to erase Nkosana. I am embracing it. Look at Sello Maake Ka-Ncube, he has played so many roles over the years but will always be Archie Moroka. The same with Connie Ferguson. She will always be Karabo."

The Herd's Paballo: I was told to prepare for the worst & backlash

#UyangthandaNa | 'That accent must have cost a fortune'

Fundiswa Zwane: No one is going to look after the girl child unless we do

The Imbewu actress is like an Avenger for young girls.
TshisaLIVE
2 years ago
Next Article