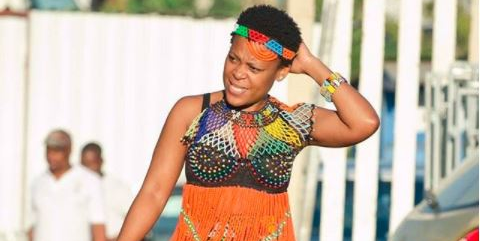 While Zodwa Wabantu comes across carefree to some, she’s anything but careless where her future is concerned.

In a chat with TshisaLIVE, Zodwa explained that the one thing she never compromised on was her future and that of her son, especially planning for his life after her death.

“Everything I do has an end goal. I always have a plan. I am not here to play, when I say I am here for my money, I mean it. I am not a celebrity. I want to own everything I have so that my son doesn’t have to start from point one,” Zodwa said.

The entertainer said one of the biggest things she saw as a mistake most black people make was the fact that they avoided talking about death and often fail to plan for it.

But that will not be her legacy for her now teenage son.

“I buy things cash and things that have value like land or my house that I built. I am always thinking about things like that, I even had a thought to go pick a coffin for myself the other day.”

My Son who is your Girlfriend? The other day on Set🎥🎞🎬 Working & Teaching my Son about the importance of Women & School. I was Dom in Class😂😂😂🙈

Zodwa is her son's date to his primary school farewell & she can't wait!

Zodwa says that the days of hiding from her son's school are over.
TshisaLIVE
3 years ago