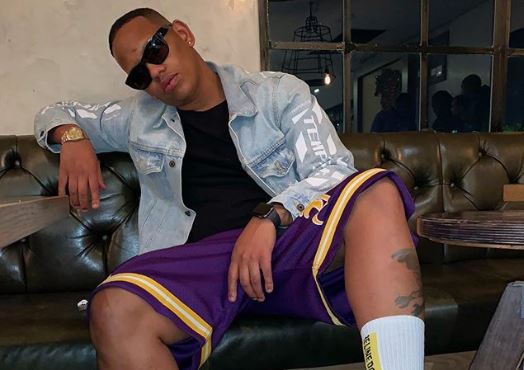 Remember how former Jozi members Da L.E.S, Bongani Fassie and Ishmael teased us with a massive reunion? Turns out we might have to wait a little longer to see the group back together.

The group’s record label boss, Ghetto Ruff’s Lance Stehr, announced way back in April that the group was back together and going to release a new single.

TshisaLIVE reached out to L.E.S to see if he could spill the tea, and he gave us the inside track.

“What really happened was that there was supposed to be a concert, an OG’s concert. Jozi was booked for the show. We were going to do the show and take it from there, but for now, I am working on my own projects. I am working on other collaborations now.”

Still. L.E.S won’t close the door on the chance it might happen.

Meanwhile, Ishmael has been working hard on a musical comeback with his new single Gimme Gimme and wants to put all those pesky broke and drug rumours behind him.

“"I've been broke a couple of time. The many reports that said I was broke were not lying, I was. There were many times I was reckless with money, buying things I don't need and spending on things that are not at all beneficial, like drugs. I've since learnt that I have no reason to do such things, so I hope people learn."

WATCH | 'I started the year on a tough note,' says AKA

Da L.E.S gets candid on inspiring young guns & his bromance with AKA

AKA & Da L.E.S take their princesses on a date to the NBA Africa game

AKA and Da L.E.S take their little girls to the NBA Africa game.
TshisaLIVE
4 years ago

Cute! AKA & Zinhle buy Kairo two puppies for her birthday

Kairo celebrated her special day with family and friends.
TshisaLIVE
4 years ago