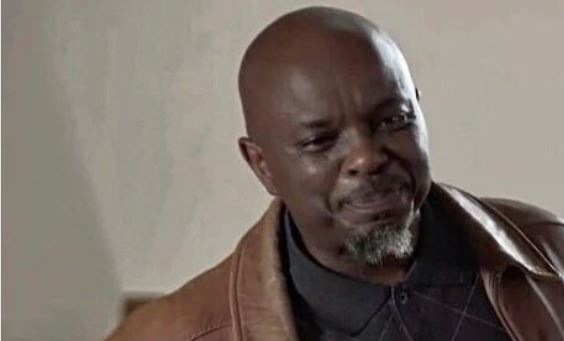 Themba Ndaba plays the role of Brutus on 'The Queen'.
Image: Mzansi Magic/ The Queen

In our next life we want to come back with an uncle like The Queen's Brutus.

The man, played by actor Themba Ndaba, has won over Mzansi with his sharp comments and hilarious stories.

Like Petronella, he is never shy to give his opinion about what is going on and this year even sparked a massive fight on screen and protests off it.

Here are just five moments from this year when Brutus left us defeated.

Take them to the butcher shop

Malume's nephew Shaka has had no luck in the love department and told his uncle Brutus that he had decided to head to the "butchery" to go find women who "know how to keep a man happy."

The two played off each other in a conversation that had the internet in tears of laughter.

Back from the dead

In the massive season finale mid-way through the year, Brutus was one of the characters caught up in a massive boat explosion that left many thinking he was dead. It sparked a war between two women who claimed to be his wife at his funeral. And then he made a return.

His absence led to an outcry from fans of the show, with some even threatening to boycott the series if he did not return. They were overjoyed at his return and were in tears when he explained where he was all that time.

#TheQueenMzansi lol Maka Brutus so he fought crocodile's 🐊now? 🤕😆🤷‍♂️lol this uncle is a story teller for sure 🤞 pic.twitter.com/ZsxWxnnnZR

He may not be the most technologically advanced malume in Mzansi, but Brutus thought he had social media down when he mentioned that Kea was always on "Twittergram"

The whole of the country was confused.

Pay back the money

When Mmabatho was held ransom and people had to cough up money to rescue her, malume contributed. But after the drama was over, he was the first to tell Gracious and Harriet he wanted his money.

Brutus estimated that the sum was in the millions and wanted his coins NOW.

Brutus won't let Kea fall (in love) that easily... Not if he can help it anyway!
TshisaLIVE
3 years ago

The people want Gracious and Brutus to hook up but malume just wants his money.
TshisaLIVE
3 years ago