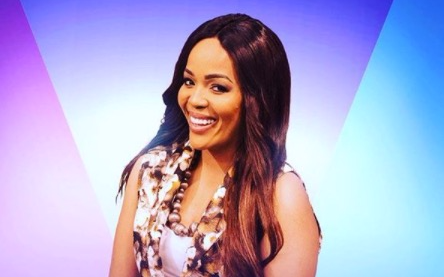 Like many South Africans who have started their studies at universities across the country, comedian Tumi Morake had to drop out of varsity with only the hope that one day she would finish her degree.

In an extract from her book And Then Mamma Said...Tumi described how she was deep in debt and fearing for her future at university.

"By 2003, I was deeply in debt to the university. I had applied twice already for a loan from Wits, and had now run out of lifelines. I did not even have enough to register for a new year, even if I could raise the money I owed."

She became demoralised after receiving a letter from the university telling her she would not receive her results or be readmitted until she had paid my debt.

"I had seen it coming, but it still left me demoralised. I could not come this close to my degree and have the opportunity snatched so easily from me. I wanted to do this one thing for myself and my mother, so I decided against staying in Thaba Nchu. I had a better chance of finding my way into the industry by living in Johannesburg...but I wanted that degree."

Six years after walking away from her studies with a heavy heart, Tumi returned to the university to apply to complete her degree, even though she knew she would stick out like a sore thumb on a campus full of young 'uns.

"I wanted to avoid the ‘But Mom, you never finished your degree, why should I finish mine?’ argument that could happen with my son in the future. Also, I wanted to finish the degree for my mother, so she could say she had a graduate in the family. I wanted to gift my mother this degree. She had loved my overconfidence in applying to a single university, and I had to deliver."

After loads of challenges she eventually graduated, but her mother's hospitalisation meant she was not able to attend the ceremony, leaving Tumi devastated.

"When my letter of graduation arrived, I took it to Mama with the delight of a schoolkid. Her first graduate. Normally she would not have missed my graduation ceremony for the world, but by the time it occurred in 2011, she had already been hospitalised. She had been looking forward to this day ever since I told her I had finally completed the damn thing, and I could tell that she was heartbroken to miss it.

"Her health had deteriorated to the point where I was begging God to at least let her see me do this one thing, so I was very emotional at the ceremony. My usual chattiness was gone. Graduating just did not carry the same meaning without my mother there. I fought back tears when my name was called, and I walked across that stage without hearing my mother cheer me on."

And Then Mamma Said... is out now

Tumi claims her weight became an issue.
TshisaLIVE
3 years ago

Here are five revelations from a chapter on the issues.
TshisaLIVE
3 years ago