If Black Panther was a moment for all of Africa, was I included?

Seeing myself, a white guy, in Black Panther 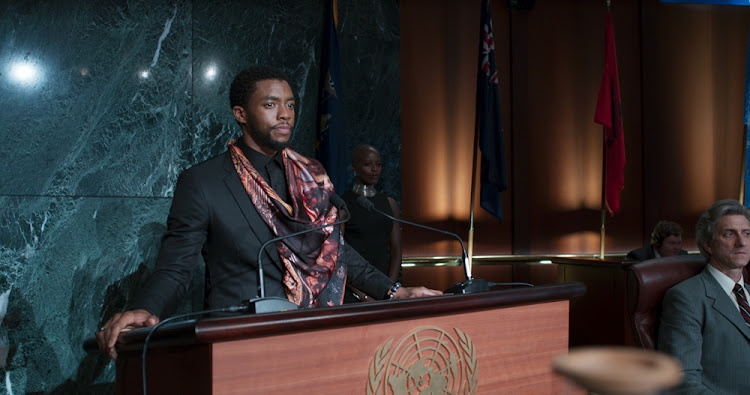 In February Mzansi nearly came to a standstill as Black Panther fever hit us harder than Listeria. It was a moment the whole continent had been waiting for, a chance to see an African face and lifestyle on the world's biggest stage.

It was a moment that made me extremely proud to be born in Africa, and a time to reflect...

I haven’t been to the mountain. I haven’t been oppressed. I don’t know what it is like to be the only black face in a cinema and see people on screen that don’t look like me or speak my language. But I saw something in Marvel's latest superhero film Black Panther that made me proud to be an African, I saw myself.

I understand that cultural appropriation and exploitation is real and let me say from the start that I am not trying to be black. I don’t believe that me voshoing to gqom or trying to learn a local language will make me any more black than looking for a bargain will make me an Indian or a Jew. I am simply a guy born in Africa and raised to embrace everything around him.

So when I was invited to sit with some of the cast members to discuss the film, I tried to soak it all in. The energy in the room when John Kani spoke of what the film meant to the African child was electric. And when he declared “I walked out the theatre proud to be an African,” it hit me to my core.

Several times I looked around the room and had pangs of guilt for feeling this way. I am white. I am privileged. In a moment where representation matters and black people finally have “a voice”, how dare I glory in it as if it was my own. It is a feeling I believe many of us whites feel.

Of course that feeling didn’t stop me from shooting off to the nearest taxi rank to find clothing to dress in for the premiere. I found a shirt and a beaded crown that made me feel like a king. There were awkward stares, the whispers of Wenzani Mlungu?, but I felt a pride within me that was bursting.

It brewed and grew stronger as the start of the film drew near, until the screen switched on and the movie started. I screamed when Babes Wodumo’s songWololo came on. I delighted in the Xhosa I was hearing come from American lips.  And I know for a fact that nobody in the whole cinema clapped and shouted louder than me when Connie Chiume and John and Atandwa Kani came on.

These were my people. They may as well have lived next door to me. They were familiar. I may not have understood every word that was said by them, but it touched me just the same. I felt like Wakanda was home and I was there to share in its wealth of culture and community. I looked around at other white people in the audience and saw the same.

In a society where race is looked at under the microscope it can be hard to enjoy things not of your culture without worrying that you are coming off as pretentious or condescending.

It is a strange and unsettling sensation to be in a place that is so familiar but still not uhuru. To feel like an imposter in a place that you love so much. Why should it be that Americans who have never touched our soil but were born of a certain skin tone should relate to it more than I?

I am well aware that I should be burnt at the stakes for even suggesting this is my moment too, when thousands of Africans have died for freedom and the right to have their stories told.

I know that I just “don’t get” what it is like to not be raised white in South Africa. I will never know that feeling and I will never pretend to. But there is a sense of pride in this country and continent that I felt while watching Black Panther which transcends the colour of my skin.

Halala! Black Panther 2 is on the way

US reports claim the sequel is currently being written and the cast will remain largely the same.
TshisaLIVE
2 years ago

Black Panther's Killmonger is getting his own mini-series

It was announced earlier this week that Black Panther antagonist Erik Killmonger's story will come to life.
TshisaLIVE
2 years ago

A video of the guy's devastation has gone viral.
TshisaLIVE
2 years ago

Going to Comic Con Africa this weekend, but don’t have a costume yet? We've got you covered! Here are five cool characters you can dress up as in ...
Lifestyle
2 years ago