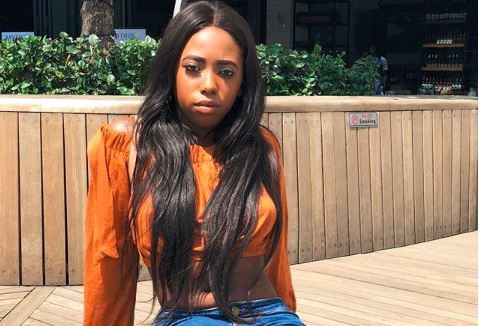 Less than a year after she joined Ambitiouz Entertainment, rapper Gigi Lamayne has bid the stable farewell to focus on being an independent artist and building her own empire.

The rapper, who joined the stable after cutting ties with Mabala Noise, took to Twitter to make her announcement on Thursday.

So proud to say I’m indie and @hartrocsa is what I’m focusing on. Thank you to all who mentored like @Ambitiouz_Ent and believed. I am ready to start my own empire. Bless !

Gigi joins a long list of artists who have left Ambitiouz which includes Amanda Black, Fifi Cooper and recently Priddy ugly. Most of the artists, like Fifi, A-Reece and Amanda Black didn’t leave the stable amicably and there were some legal hurdles they had (and still are) jumping through.

However, it looks like Gigi is leaving on good terms as the rapper thanked the label for having mentored her.

Gigi plans to make major moves as an indie artist and will now fall under her previously announced stable Hart Roc Entertainment fully.

Year in review: That Uzalo double wedding that had DRAMA galore!

'I'm glad that people are going to experience the real me, said Lasizwe
TshisaLIVE
3 years ago

Skeem Saam's Lerato: People have got Pretty's relationship with Leshole all wrong

Skeem Saam’s Thabo Mkhabela is going back to school

The actor who plays Leshole is gunning for that lawyer degree.
TshisaLIVE
3 years ago