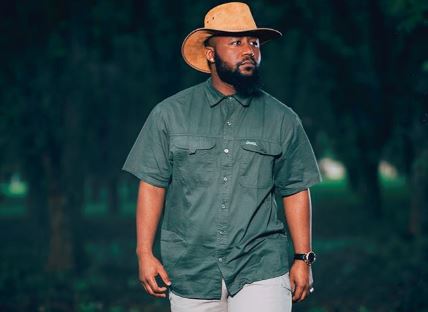 2018 is over so we can't say we going to get the land this year but looking back we've made so much progress that it is starting to look like a real possibility.

Thanks to the EFF that was at the forefront doing the things, the conversations around land redistributions in SA and everyone got involved, including your faves.

On social media, land became our daily bread with good reason and for the first time in a long time even your celebs had no time to be "politically correct" and they also shared their opinions.

These include Ntsiki Mazwai, Simphiwe Dana and Cassper Nyovest amongst others.

However the following celebs took it a bit further... because what speaks louder than words? Action!

Nandi didn't even say anything fam... she just did the things that would ensure  generational wealth in her family, while we were busy tweeting #bringbacktheland.

She bought her one-year-old son land.

While other one-year-olds are out here having Spiderman parties, Nandi and Zakes got their toddler, Shaka a piece of land.
TshisaLIVE
3 years ago

Zodwa Wabantu didn't wait for the EFF, she went and did herself.

Zodwa was the talk of Nelspruit when she bought her second property in the area. She took to Instagram to show off her new land and flex on her haters.

Rightfully so because most of your faves live in rented apartments in Sandton and have no land (not our handwriting).

Criselda set the US president straight on the land issue

Criselda Dudumashe lambasted US President Donald Trump for his comments on South Africa's land debate, telling the statesman that land redistribution was inevitable and the policy was clear.

This after, Trump tweeted that he was looking into South Africa's land seizures.

The TV and radio personality is one of several celebs who have hit back at Donald Trump.
TshisaLIVE
3 years ago

Dr Tumi handled the spiritual war side of the land issue

Dr Tumi explained the spiritual significance of having a nation of worshippers gather at the Afrikaans heritage site in Pretoria. He said that it also had a lot to do with the current land debate in Mzansi.

Mzansi came through with plans for the land!

Even though the issue of land has been topical for some time the Economic Freedom Fighters' emerged victorious after passing a motion for land expropriation without compensation in the National Assembly last year‚ which was overwhelmingly adopted and left South Africans in a state of excitement.

And you know how we do things... with excitement comes crazy but great ideas. Here are some ideas Twitter had on how we gon' use our land when we get it.

ONLY IN SA: So, what will you do with your piece of land?