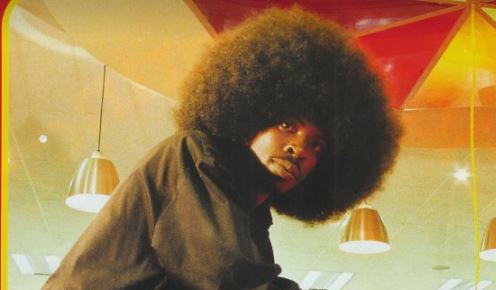 Murder-accused Thulani "Pitch Black Afro" Ngcobo's mom joined other supporters at the Johannesburg Magistrate's Court on Tuesday morning where his bail application was  again met with delay and was postponed to January 18.

The veteran musician was charged for the alleged premeditated murder of his wife Catherine "Trisha" Modisane on New Year's Eve last week.

According to Sowetan the death was originally thought to have been of natural causes but a pathologist later found that it was in fact unnatural causes, which led to the inquest being changed to murder.

Pitch Black Afro's mom, who did not want to be named, told TshisaLIVE  that she was still struggling to come to terms with the events of the past week.

"I am still very confused and hurt by everything but I will surrender everything to God," she said.

Pitch Black Afro smiled and greeted his mom as he walked into the courtroom. As he was escorted back into custody Pitch Black Afro told his mom how beautiful she looked and asked if he could give her a kiss.

The state prosecutor requested the postponement to allow them time to interview Pitch Black Afro's aunt, as it emerged that he would be staying with her if bail was granted.

The magistrate granted the request.

Outside of court a woman claiming to be a prophet told TshisaLIVE she had come to give the star a message.

"On Saturday night, while I was sleeping, his spirit (Pitch Black Afro's) came through and I saw him in so much pain. Excruciating pain. I am here to look for justice for him and knowing the angels of God will free him. He is crying to God a lot. I want to tell him to not worry, God knows."

The star was charged with premeditated murder.
TshisaLIVE
3 years ago

The murder case of Pitch Black Afro's wife gets underway on Thursday.
TshisaLIVE
3 years ago

Dude was caught in the crossfire.
TshisaLIVE
3 years ago