Sarah Langa on her hubby being 17 years older: Honestly I don't give AF

Sarah has spoken out about the criticism surrounding the age gap in her marriage... 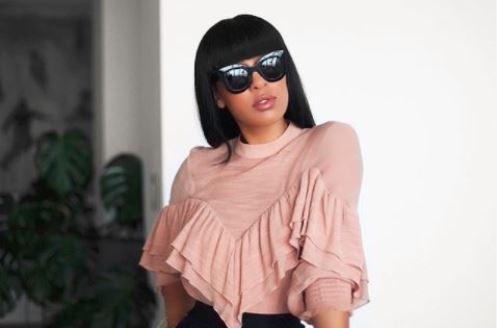 Model and socialite Sarah Langa has responded to negative perceptions about the 17-year age gap between herself and her husband, telling fans that she honestly doesn't give a f**k.

The star has been married to businessman Jehan Mackay for three years and told fans in a Q&A session this week that she was loving married life.

She was asked about the age gap in her own marriage and how she felt about people criticizing others for dating men or women older than them.

Sarah said that she would love to not have to worry about it but peeps have totes been making it a thing.

"I would love to say that age ain't nothing in my relationship, but the reality is that people always find a way to make it a thing. Being young and married to someone older you will always be judged," she wrote.

She went on to explain that she "never looked at age when finding a partner" only someone she could relate to.

And even though she is mildly irritated by it, it isn't half as bad as being asked about children.

Sarah also gave fans who were worried about getting married some advice, telling them to love themselves but always give 100% in the marriage.

"Don't lose yourself. Continue to grow and follow your dreams and goals. Never forget to love yourself. You can never love someone else until you fully love yourself. In marriage and any kind of commitment you find yourself in, you should always try to do your best. Give it your 100%."

Wondering who she was with at the time, well...
TshisaLIVE
3 years ago

Sarah Langa on facing her 'worst nightmare' during #Sasol attack

"A group of men attacked me and covered my head. Imagine what they were planning to do with me!"
TshisaLIVE
3 years ago

This 1 picture of Sarah Langa is flames!

While the rest of us were indulging in those winter treats, Sarah Langa was keeping her summer body in check.  And the results are incredible!  Sarah ...
TshisaLIVE
4 years ago