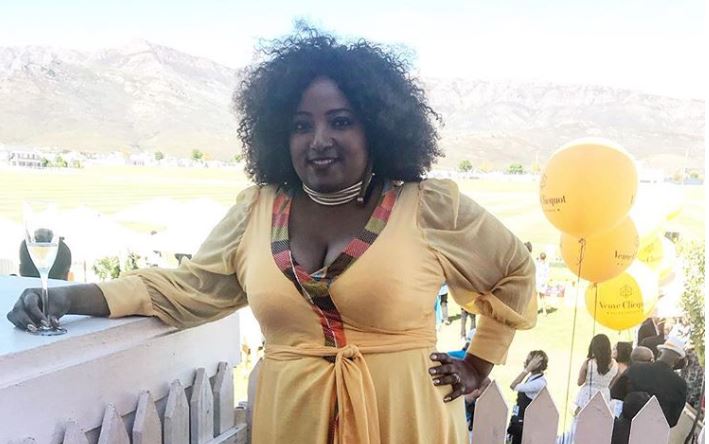 Radio personality and activist Criselda Dudumashe has warned against following controversy online as a form of entertainment after the recent suspension of popular  parody Twitter account @AdvBarry Roux.

The account has made several accusations against some of Mzansi's most famous faces in politics, entertainment and sport. On countless occasions the account has threatened to spill tea on high-profile personalities and the controversy around them.

While users have flocked to the account to hear the "latest news", celebs including Criselda Dudumashe and Somizi's fiancé Mohale Motaung have slammed it.

Posting a picture of the account's suspension notice Criselda wrote: "Whoever follows controversy as a form of entertainment please remember this simple principle! Junk in junk out.  Be careful who you follow."

Now on @instagram whoever follows controversy as form of entertainment please remember this simple principle! Junk in junk out. #carefullwhoyoufollow

The motto was shared by Mohale.

The parody account was restored late on Monday but social media was still buzzing with reaction to the suspension, including from the @AdvBarry Roux Instagram account.

Crooked Shepherd Bushiri & his kids must be over the moon over my Twitter suspension.

The controversial South African-based tweeter @AdvBarryRoux is back online as Man's Not Barry Roux - after his account was suspended during the early ...
News
3 years ago

Criselda and the rest of Mzansi has expressed outrage over the video.
TshisaLIVE
3 years ago

The TV and radio personality is one of several celebs who have hit back at Donald Trump.
TshisaLIVE
3 years ago