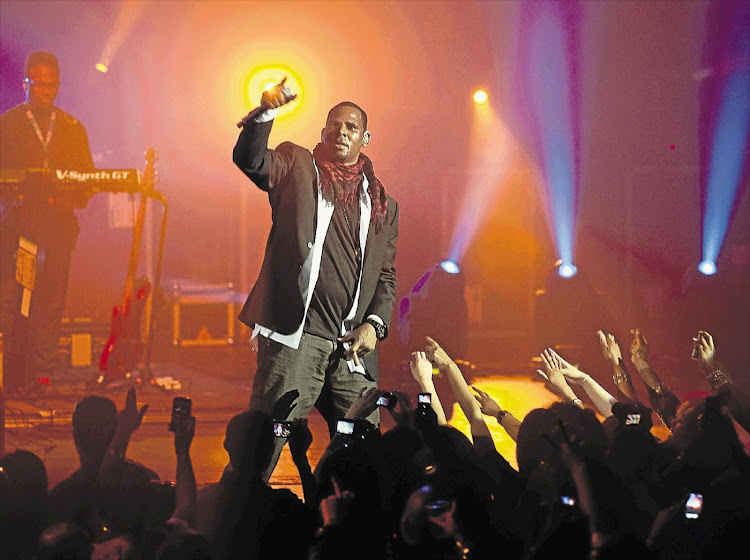 According to TMZ, Celine followed in Lady Gaga's footsteps by pulling the duet.

Celine and R Kelly's, I’m Your Angel was a Grammy-nominated hit that topped the Billboard Hot 100 and stayed there for six weeks. The song went on to reach platinum status, selling more than 1.5 million copies.

The move comes in the wake of the #MuteRKelly movement, which was fuelled by the Lifetime docuseries, Surviving R. Kelly.

The songstress was silently followed by Chance the Rapper who removed his song Somewhere in Paradise which he did with R. Kelly from streaming services without publicly announcing it. The song has been disabled on Spotify.

According to Sowetan the haunting doccie where alleged victims of R Kelly detailed their personal experiences of physical and sexual assault will be available for South Africans to view from February 6.

It will debut in SA on the Crime & Investigation channel (DStv channel 170) at 8pm.

Meanwhile, life coach and the host of Fix My Life Iyanla Vanzant also recently revealed that before the release of Lifetime's docu-series R Kelly approached her to be on the show but she declined.

Iyanla did an interview on ABC Radio detailing why she declined R Kelly's offer, explaining that she wasn't able to offer the singer any help because he didn't meet the show's criteria.

"Are they willing? Are they ready? Do they have the capacity to do the work?" she said ticking off the criteria.

"He didn't have... the emotional capacity. Just didn't have it. And I knew, based on what I was looking at the paces that I would have to take him through it would have been brutal."

Watch Iyanla explain her position and why she didn't "help" R Kelly.

"You promised these f*cing racist rednecks that you was gonna build the wall, now you have to do it,"
TshisaLIVE
3 years ago

The star spoke to TshisaLIVE about his new role and THOSE rumours which followed him.
TshisaLIVE
3 years ago