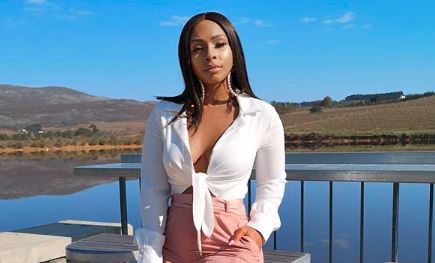 Boity remains defiant after she sent the internet into meltdown mode over the weekend when she hit back at comments over her ancestral calling and told people not to threaten her with religion.

The star, who is a recognised traditional healer sparked a debate between Christianity and belief in ancestors when she tweeted that she was far more familiar with her ancestors than biblical characters.

"Not sure who Abraham is but I’m very certain who my great x 3 parents are."

The star faced a barrage of criticism for her comment but also found support from many of her followers.

Most people look at their pastor as a link to God. When I think of ancestors I think guardian angels another link to God. Different religions I still say the is only one God. We humans might be using different links or source to connect with Him. But what do I know.

As a Twitter storm brewed, Boity returned to social media to send a clear warning to all her critics: don't come for her.

"If you’re going to try and demonise me for believing in my ancestors and the journey they have placed me on, you’re wasting your time."

She also told the haters to stop reporting her to their "white Jesus".

And stop trying to send me to get reprimanded by white Jesus who claims the people who birthed my family are demons. Asomblief. Thanks."

From Boity to Khanyi, these women dominated the red carpet

Who is the queen of slay? We'll let you decide!
TshisaLIVE
3 years ago

Boity steals the spotlight at the #SAHHA2018

Boity is still coming for the throne and also raps about her foreign man...
TshisaLIVE
3 years ago

Boity gets her first ever nod at the #SAHHA2018

Twitter said Boity having a #SAHHA nomination after rapping for 2 minutes and A-Reece being overlooked was witchcraft!
TshisaLIVE
3 years ago