Pretty Yende on overcoming her self-doubt 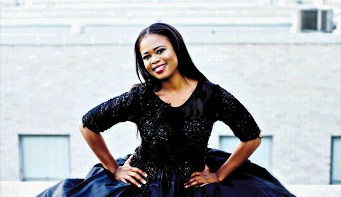 When Pretty Yende made her debut at New York's prestigious Metropolitan Opera six years ago she had to quickly overcome her feelings of self-doubt to claim her throne.

Over the past six years Pretty has become a force to be reckoned on stages across the world and has also scooped several awards in this time.

Last Thursday marked six years to the day Pretty made her debut and she took a trip down memory lane.

"17 January 2013...it’s a memory that truly defined many that have followed ever since. Grateful beyond words for all the opportunities and challenges that continues to contribute in giving life to the #prettyjourney."

Pretty reflected on a post she shared on the night of her debut, explaining that when she was put on stage at the last minute as a replacement, she felt like she "didn't belong".

To add to the feelings of self-doubt she fell on stage even before she started singing.

"I fell (literally, on my knees) that night without having sung even one note...I fell forward!...picked myself up and sang my heart out. Why I fell? How? I don't know all I remember was the feeling of 'not belonging' as I was 'a replacement'. A last minute, unknown young South African singer and not the 'star' they (the audience) had booked for months to see."

Pretty said she had to quickly get those thoughts out of her head and once she started singing they "vanished into thin air".

Fast forward to 2019 and Pretty is currently preparing for her Paris debut.

"I can never find more appropriate word to express how privileged and grateful I am to music...it continues to pick me up every time & I get the honor of sharing it with the world."

Gigi Lamayne on life after hospitalisation for depression

Gigi has made some changes in her life that her friends and family have had to adapt to.
TshisaLIVE
3 years ago

The group have a master plan to make sure SA isicathamiya doesn't die.
TshisaLIVE
3 years ago