Big names who have spoken out against R Kelly 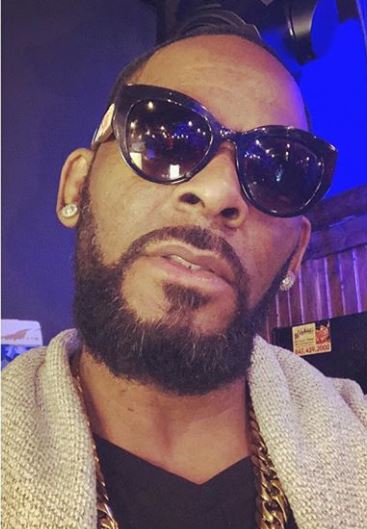 Celebrities such as John Legend and Celine Dion have spoken out against R Kelly (pictured) amid sexual assault allegations.
Image: Via Instagram/@rkelly

It's been almost three weeks since the release of the scathing documentary series Surviving R Kelly, which details sexual assault allegations.

Like the #MeToo campaign, the #MuteRKelly movement gave sexual assault victims a platform to recount their stories of the abuse allegedly suffered at the hands of the singer. R. Kelly has long denied any wrongdoing and continues to maintain his innocence.

In support of the alleged victims, celebrities have cut ties with R Kelly, including those who have collaborated with him musically. Lady Gaga released a statement in which she promised to remove the song Do what you want, a duet with Kelly, from streaming services.

Below is a list of people who have spoken out against the musician.

Celine Dion has joined the #MuteRKelly campaign.
TshisaLIVE
3 years ago

R Kelly has been at the centre of many conversations since the debut of Surviving R Kelly, based on decades-long allegations of sexual abuse against ...
TshisaLIVE
3 years ago

The singer was praised for being one of the first to speak out against Kelly.

John Legend said featuring in the R Kelly doccie was an "easy decision".
TshisaLIVE
3 years ago

Gaga, a sexual assault victim herself, said in a statement that she regretted ever working with Kelly.

"I stand behind these women 1,000%, believe them, know that they are suffering and in pain, feel strongly that their voices should be heard and taken seriously ... If I could go back and talk to my younger self I would tell her to go through the therapy I have since."

R Kelly mentored Palmer ever since she was a child. In a lengthy Instagram statement, Palmer said: "I have spent the last hour crying. As the student of R Kelly's for the time I was and having been around his light and understanding the obstacles he overcame as a child ... All to put others in the same darkness he was running from is the most disheartening thing to accept."

Cannon posted on Instagram a short video of the song Gigolo he did with R Kelly, saying he realised that he had overlooked a lot of things in the industry.

"This industry was established and built by evil spirits and male chauvinistic behaviour." "And since the recent media outrage pertaining to @RKelly I have realised that the REAL issue at hand is the ultimate lack of care and respect for our QUEENS."

The star praised Lady Gaga for removing the song she did with R Kelly.

Cool to see the version of this song I did with @ladygaga on the charts again — this is a reminder of women sticking together— and not letting a man take ownership of a great song/ moment... And if anything the message of this song remains that although you may have had my body, you will never have my heart, my voice my life or my mind. Being a survivor of past predators myself, these lines spoke to me, which is why I did the song. I embrace all survivors of sexual and domestic violence and abuse holding a special place in my heart, and you @ladygaga, for doing the right thing! 💜

Delevingne showed her support for the alleged victims in a statement she issued after watching the documentary series.

"I'm so shocked and outraged at how long this has gone on. My heart goes out to all the victims of all his emotional and physical abuse and their families."

#YouToo, R. Kelly? Why sexual predators are finally being outed

R. Kelly is just an extreme and high-profile example of how we've normalised preying on young girls and women
Lifestyle
3 years ago