Cassper Nyovest shares his secret to staying cool when provoked 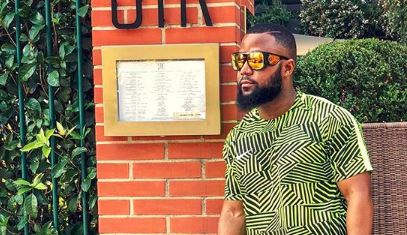 Rapper Cassper Nyovest knows all too well what it is like to be provoked by those looking to get a response to destroy you with and this week shared his secret to dealing with such pressures.

The rapper, who has previously admitted to having outgrown the urge to constantly defend himself in real life and on social media, has been spreading positivity and pearls of wisdom lately.

He was asked by a curious fan how he deals with all the tension and anger in the industry, and if there was any technique he used to deal with it.

The star shared that he has adopted a simple but effective method.

Step 1: Let them believe what they want to believe

"(I) used to explain myself a lot because I used to think the fans would get confused if you don’t give them the info or they are fed the wrong info but I have come to realise that the fans aren’t stupid. They always know what the hell is going on, even when you don’t confirm it," Cassper shared recently.

Step 3: Think about how your reaction will affect the rest of your life.

Take a minute (60 seconds) to think about what you want to do and how it’s gonna affect the rest of your life before acting. https://t.co/uhOVYR71aW

Sound easy right? Yeah, until you are actually provoked.

It seems to be working for the star who has found himself beefing with rappers such as AKA, A-Reece, Emtee in recent months.

Perhaps his method works after all.

Another source says they are 'just friends".
TshisaLIVE
3 years ago

Looks like Nasty C's year is starting off on a high!
TshisaLIVE
3 years ago

It doesn't matter that Goodness isn't a "nice" person, no one deserves to be raped!
TshisaLIVE
3 years ago

'Iman is not dumb, he know I'd kill him. End of story,' said Teyana
TshisaLIVE
3 years ago