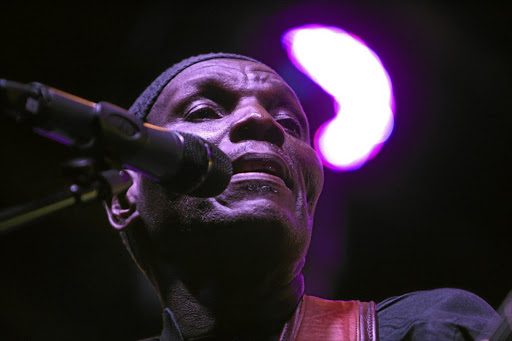 Mtukudzi's record label Gallo Records confirmed the news on Wednesday afternoon but said there were no details available.

The musician's family is yet to appoint an official spokesperson and will probably only release a statement once they've done so.

An outpouring of tributes has already flooded social media.

During an interview with TshisaLIVE a year ago, Mtukudzi spoke about his excitement of releasing his 67th album.

He said the most significant thing about his upcoming album, Hanya'Ga (Concern) was the message.

"My 67th album is meant to share a message of introspecting and I'm hoping people learn a thing or two from it. It's an album I wrote last year after I realised that the world keeps getting tangled up in 'unnecessary' problems.

"All because we are focused on competing and being better than the next person. In so doing we keep stepping on each other's toes but that is not how God created us. God meant for us to compliment each other, that's why he didn't duplicate talent," he said at the time.

Legendary jazz musician Oliver Mtukudzi, who already has 66 albums under his belt is ready to give fans his 67th offering that is packed with "life ...
TshisaLIVE
4 years ago

A long time friend, mentor and brother is how Oliver Mtukudzi described the late Bra Hugh Masekela and reminisced on the amazing times they had ...
TshisaLIVE
4 years ago