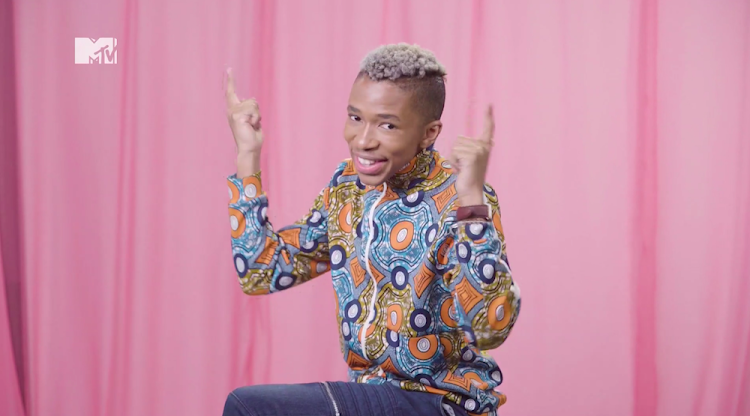 Mzansi caught its first glimpse into the real life of SA’s internet sensation Lasizwe Dambuza, known as Babes Wamaleyvels, on his own reality show @Lasizwe: Fake it Till You Make It, which has just kicked off.

The 20-year-old is the first South African to get his very own show on MTV, and in the first episode, he revealed a different side to the character Mzansi has come to know on social media.

We saw how he juggles his time between making business decisions, preparing for some of the country’s fanciest social events, addressing the rumours surrounding him and striving to bring his family together. We got a taste of the intensity, controversy and tears to come, and saw a hint of Lasizwe’s sensitive side, which we rarely get a sense of in his social media life.

You don’t want to miss a minute of this deliciously juicy reality series! If you missed the first episode on Monday night, you can catch up on missed episodes of @Lasizwe: Fake It Till You Make It on the DStv Now app.

How to watch Lasizwe on your phone with the DStv Now app:

Better yet, watch the next episode LIVE on the DStv Now app and get in on the Twitter action as Mzansi tunes in to watch our boy do his thing. The hashtag is #MTVLasizwe.

The day has come! I am so nervous but everything is in God’s hand! Catch my show @Lasizwe- Fake it till you make it #MTVLasizwe tonight at 21:30

We all misjudged Lasizwe. He's actually a funny guy. #mtvlasizwe

I can't believe Lasizwe and Khanyi are siblings #MTVLasizwe

With just a couple minutes in we’ve found @lasizwe type !!!! 😅 You need to be tall, have muscles as well as a beard that will connect Soweto to Cape Town 🔥🤣#MTVLasizwe

What is DStv Now?

DStv Now is basically an online version of DStv – it’s a way of watching sports and shows on your smartphone, tablet or laptop. Livestream some of the best DStv channels or use Catch Up to stream or download the latest episodes of your favourite shows and binge-watch entire seasons.

This article was paid for by DStv Now.