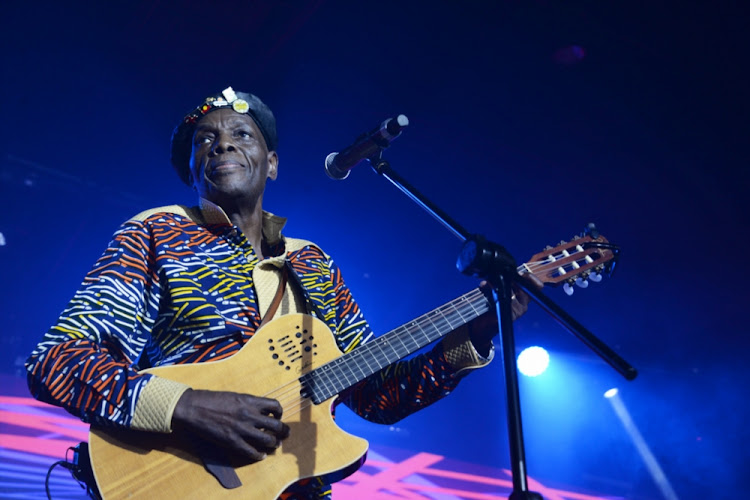 Oliver Mtukudzi's death on Wednesday sent shockwaves across the continent and drew emotional tributes from those who had worked with the star.

Gallo Records confirmed the news of Oliver's death to TshisaLIVE on Wednesday afternoon but said there were no details available.

The 66-year-old star reportedly died on Wednesday afternoon at Avenues Clinic in Harare where he was being treated for a long illness.

While fans poured onto social media to pay tribute to the star, some of those who had worked with him shared their experiences and the impact he had on their lives.

The group shared a stage with Oliver at the Cape Town Jazz Festival last year and had previously spoken brightly of their upcoming collab with him on their Masters Of The Craft project.

Words can’t express our sadness - Rest In Peace #OliverMtukudzi. It was a pure honour to spend time with you, on and off stage. Your music will live on forever.

I collected most of his music since my teenage stage and one of my biggest moments was when he invited us @MiCasaMusic to celebrate all his music journey and achievements, To his family sithi Duduzekani …Rest In Peace Dr. Oliver Mtukudzi Legend pic.twitter.com/BZ5QikJVjp

The musician teamed up with Ladysmith Black Mambazo for singles such as Hello Baby and a remix of his popular hit Neria.

We are about to fly from South Africa to USA for a concert tour & we've learned of the passing of our friend Oliver Mtukudzi. A great musician but a greater person. We were honored to have known him & to have recorded music with him. We will say more once we arrive in the USA.

The pair collaborated on the songstresses  hit single Kupedza Nguva.

I immidiately started listening to Kupedza Nguvha💔. We shared so many great moments. We shared meals, you invited us to Pakare Paye so we can see what you as a musician, as a legend was doing so we can be inspired too. You are resting now. Rest well! Rest in Eternal Peace. #BabaOliverMtukudzi #greatmomentshared🙏🏾

The star worked with Oliver and the late Hugh Masekela on her first big track Mwana Wa Ma.

There has been a outpouring of tributes on social media for Oliver Mtukudzi.
TshisaLIVE
2 years ago

'You lose the purpose of a song if it says nothing, you must have something to share with the people who are listening' Oliver Mtukudzi
TshisaLIVE
2 years ago

Legendary Zimbabwean music superstar Oliver “Tuku” Mtukudzi who is reported to have died on Wednesday failed to attend the ZBC Coca-Cola winners' ...
TshisaLIVE
2 years ago