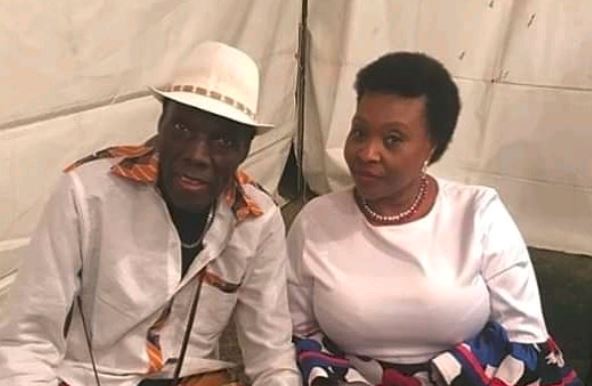 Exactly a year ago on January 23, the world said goodbye to the renowned Hugh Masekela, which came as a difficult blow his friends, Yvonne Chaka Chaka and Oliver Mtukudzi.

Little did Yvonne know that just a year later she would be paying tribute to Oliver as well.

The 66-year-old jazz musician died on Wednesday after reportedly battling a long illness.

The Princess of Africa told TshisaLIVE on Thursday she was most saddened by the reminder that life is so unpredictable.

"It hit me really hard to remember how we - myself, Oliver, Hotstix - were together celebrating the life of a great man and a friend Bra Hugh last year. And this year, on the very same day one of us is gone again. It is sad and truly makes you appreciate life for what it is, something that is all in the hands of a higher power."

The songstress said all she could do was send her most heartfelt condolences to the Mtukudzi family and hope they find comfort in knowing he really played his part on earth.

Yvonne said she was grateful to have been blessed with the chance to observe such greatness from a close range.

"I feel very blessed to have been mentored and taught life and music by great people such as Hugh and Oliver. It's such a distinct privilege."

"I remember back in October he called and said, 'Yvonne I want you to come and perform with me here at home'. It was for the Jacaranda concert that was meant to share music and joy with the people of Zimbabwe. That is the kind of man he was, a man who always looked to share joy."

The one quality of Oliver's that will stay with Yvonne was his humility and how he had an amazing ability to never lose who he was despite having given so much of himself to the world in different ways.

"The one thing I will miss the most is how humble he was. Oliver never had a chip on his shoulder, even though we all knew how big a deal he was. I mean, he was a superstar but he never made anyone feel that way. He would off himself in every interaction; on stage, with young people, with peers and in music."

There has been a outpouring of tributes on social media for Oliver Mtukudzi.
TshisaLIVE
2 years ago

'You lose the purpose of a song if it says nothing, you must have something to share with the people who are listening' Oliver Mtukudzi
TshisaLIVE
2 years ago

The legend's death on Wednesday has left those who worked with saddened.
TshisaLIVE
2 years ago

One of the best gifts Oliver Mtukudzi gave South Africa and the world was his wonderful re-make of his famous hit Neria, which he featured the ...
TshisaLIVE
2 years ago