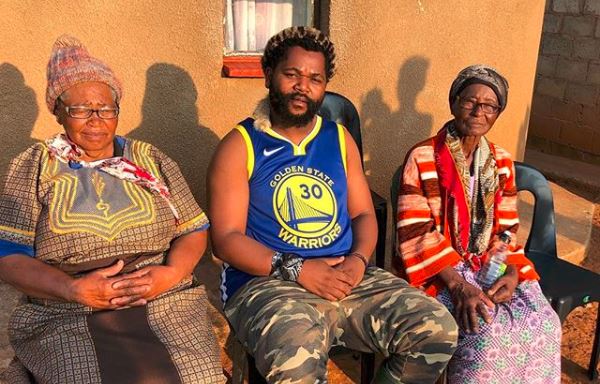 Sjava (in the middle) is seen here with two of the most important women in his life.
Image: Instagram/Sjava

Sjava's mom had his fans in their feels when she was invited onto stage at one of his performances and totally stole the show.

Sjava's mother was serenaded by the crowd, who sang Mlindo's song Egoli which Sjava features on.

"When I laced this hook I was broke at DJ Maphorisa’s place early 2016. Before the deal, I only had ithemba (hope) that one day I will change my mother’s life. This performance was on my birthday it felt special performing this song for her," Sjava wrote on social media.

Sjava, who is renowned for his proudly Zulu and African music, writes and sings songs about his reality and the hardships and victories he's had as a young black person. His music has been dubbed as relatable by most people and this fact was displayed recently when he shared the stage with his mother.

However, it was when Sjava's mother sang one of his hit songs, Uthando that the crowd just lost it!

Watch the heartfelt video below:

When i laced this hook i was broke at @DjMaphorisa place early 2016 before the deal only had ithemba that one day i will change my mothers life this perfomance was on my birthday it felt special perfoming this song for her S/O @MlindoRSA you special ❤️ pic.twitter.com/hy54HBQbyo

The video inspired many tweeps who expressed how the video reinforced their desire to do better by their parents and how it inspired them to keep going on despite their difficulties.