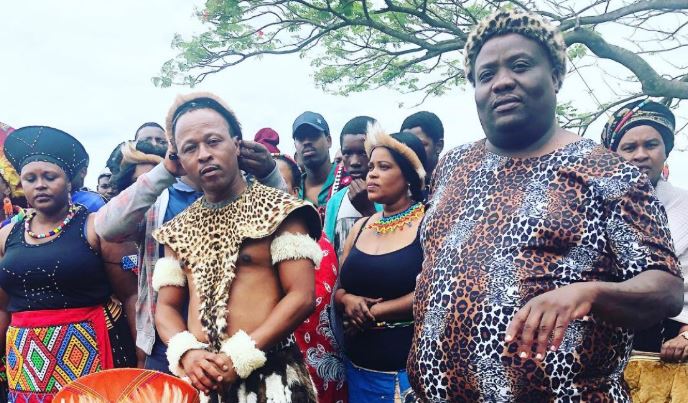 Lvovo has a role on the drama series eHostela.
Image: Twitter/ Mzansi Magic

Lvovo has barely been on our TV screens for a minute and fans of Mzansi Magic's new drama eHostela are ready to cancel their subscription to his fan club.

The singer has been starring in the drama about killings and violence in KwaMashu hostels for around two weeks now.

The star has made appearances in several shows before this and recently told fans that he took the role to shine a light on violence in the township and social issues around hostel life.

Fans were surprised to see Lvovo on screens at first but the novelty quickly wore off after they were introduced to his character.

Viewers are convinced Lvovo is a spy and took to social media to make it clear that he either needed to be caught or leave the show.

And, of course, they had the memes ready for their petitions.

Am I seeing L'vovo on #eHostela ? Has he always been here and I just didn't see him all along? pic.twitter.com/2D8aaAkPAn

L'vovo guys 🤣🤣🤣 what is his role. Why is he dressed like himself? #eHostela

The veteran is hoping to shine a light on killings with new role.
TshisaLIVE
3 years ago

Lvovo: 'Taxi drivers are the reason gqom music blew up'

As far as L'vovo is concerned, taxi drivers don't get enough credit for err'thang they do for the music industry
TshisaLIVE
3 years ago

WATCH | Lvovo on 'shading' Cassper: I'm sorry, it was a joke

Lvovo has come out to set the record straight.
TshisaLIVE
3 years ago

L'vovo says he is shy and would probably just ask Thickleeyonce for a hug if he met her.
TshisaLIVE
3 years ago