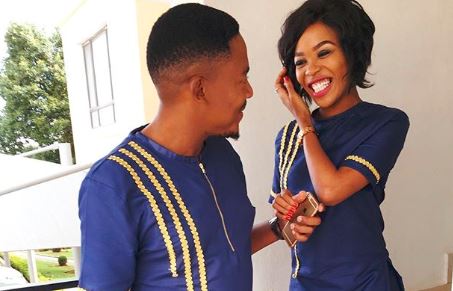 Idols SA runner up Mmatema Moremi kicked off the year on a high note with a new acting gig and married the love of her life over the weekend.

The songstress shared the exciting news with fans on social media. She said she was traditionally welcomed by her in-laws and that she's now a makoti.

"Ke tšerwe ka amogelwa lapeng le botse la ga Gavu. (I got married and accepted by my in-laws) You can call me Mrs G. I am married," she said.

There's been speculation that Mmatema was romantically linked to her producer,  Tshepo Gavu but she's never confirmed this.

Mmatema confirmed her marriage to TshisaLIVE but said she and her hubby weren't ready to share all the details yet.

Dressed by Missy Tinky in a yellow, Pedi-inspired dress Mmatema looked radiant in her photos. Check out the snaps and video below:

This is the man believed to be Mr G.

Mmatema's followers have shared that his name is Tshepho but the singer is yet to share any info on her hubby.

The star is currently behind bars until his formal bail application is heard.
TshisaLIVE
3 years ago

Congrats! Lexi Van and Mandla are expecting a baby

The Hlatshwayo household is about to get bigger.
TshisaLIVE
3 years ago

The star claims the incident has been 'blown way out of proportion'.
TshisaLIVE
3 years ago