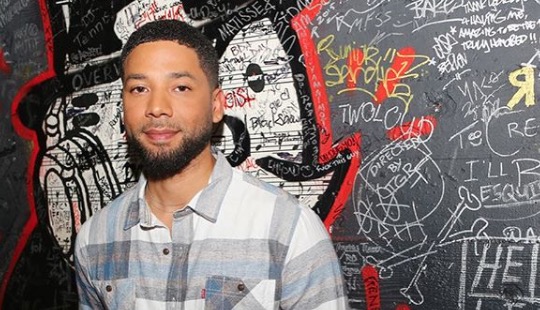 Empire actor Jussie Smollett was back on stage a few days after he was attacked in Chicago in what is believed to be a homophobic and racist incident.

According to E! Online, Smollett made his first public appearance at his pre-scheduled  show on February 2 in Los Angeles, USA. Smollett re-assured his fans at the show that he is "OK" , jokingly referring to himself at the "gay Tupac".

TMZ reported that Smollett had been hospitalised after he was attacked by two men who put his head in a noose and shouted "This is MAGA (Make America Great Again) country".

"Let me start by saying that I'm OK. My body is strong but my soul is stronger. The outpouring of love and support from my village has meant more than I will ever be able to truly put into words." he told TMZ.

TMZ reported that Smollett cancelled a meet and greet at his first show since the attack due to security concerns.

Empire's Jussie Smollet attacked: He had rope around his neck and chemicals thrown at him

The attackers were wearing MAGA hats - referring to the slogan that Donald Trump used during his 2016 election campaign.
TshisaLIVE
3 years ago