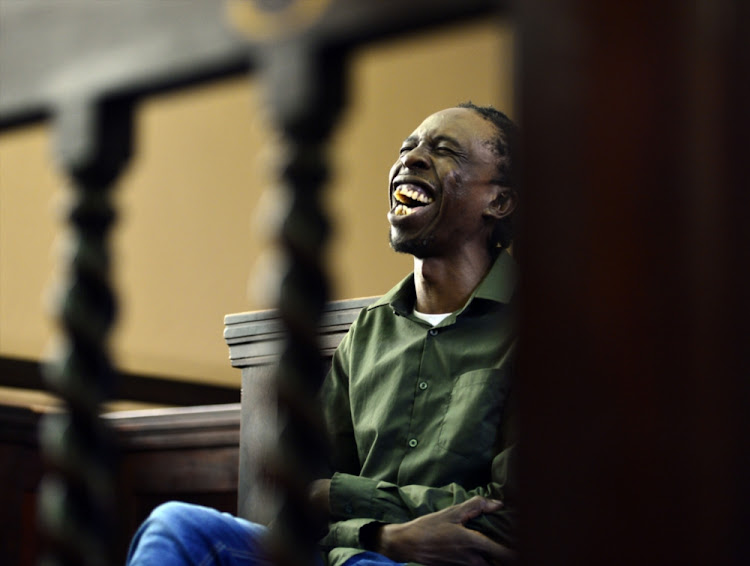 The veteran musician has spent nearly a month in prison after being arrested last month and charged for the alleged premeditated murder of his wife Catherine "Trisha" Modisane on New Year's Eve.

The star sat down with Drum recently but apparently did not share much de­tail about his wife's death. Instead Pitch Black Afro opened up about what life is like inside a cell, which he shares with about eight other await­ing-trial prisoners.

“If I stay here too long, I might gain weight be­cause I’m eat­ing too much. Cava my T-shirt is crisp white. I’m not a nyaope dude. I wash my clothes ev­ery day and other peo­ple even ask me to wash theirs. But I can’t wait to get out of here, man.”

"They asked for a show and why not? They can get speak­ers and a sound sys­tem, and we can do this. Just to up­lift the Ama­jita (guys), you know."

Pitch Black Afro could learn whether he will be released on bail later this week when he is set to appear in the Johannesburg Magistrate's Court for a formal application.

His application has so far been delayed several times as both the state and defence seek to provide the magistrate with affidavits and sufficient evidence.

Pitch Black Afro's bail hearing has been delayed as his defence attorney failled to provide a convicing argument why he should be granted bail.
TshisaLIVE
2 years ago