But a closer listen at the lyrics will leave you surprised... 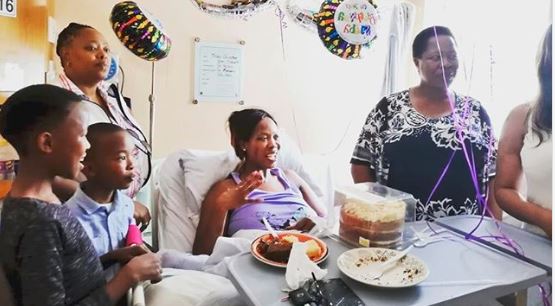 Skolopad turned 35 while still in the hospital after her car accident last year.
Image: Instagram/Skolopad

Five months after being involved in a horror car crash that left a man dead, Skolopad has released a song called Hit and Run, but it has nothing to do with the accident.

Skolopad spent several weeks in hospital late last year after the crash, which claimed the life of 61-year-old Fred Tlali. She was dragged by users on social media after the incident when it was revealed that she was driving at the time of the accident.

So fans were naturally shocked when the star announced the title of her new song over the weekend.

But people quickly realised they were getting ahead of themselves.

It turns out that Skolopad's vibey jam has nothing to do with the car crash she was involved and instead is all about "one night stands" or people who "hit it and run".

The song seems to be written for the upcoming Valentine's Day, together with another track about is'thembu (polygamy).

In the song, Skolopad sings about how people will be left disappointed after they realise they were victims of the "one night stand" squad.

"It's Valentine's, beware of hit and runs. The sugar mamas and the rest of the crew, they are dangerous with hit and runs."

Listen to the song below.

Guess we can all park our anger for another day...

WATCH | From Maroon 5 to Gladys Knight, here are 6 must-see moments from the Super Bowl

Zinhle on Kairo: She is my child & I don’t spoil her

"I try to raise her to be as considerate as possible. At the end of the day she is still a child."
TshisaLIVE
3 years ago