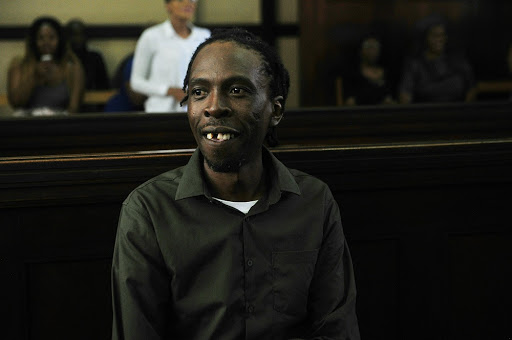 Murder-accused and veteran musician Pitch Black Afro's idea to reportedly host a show for fellow inmates has been quashed by the Department of Correctional Services.

The veteran musician was arrested and charged for the alleged premeditated murder of his wife Catherine "Trisha" Modisane on New Year's Eve. Pitch Black Afro has been behind bars since his arrest due to several delays in his formal bail application.

During an exclusive interview with Drum magazine, Pitch Black said that he was trying to arrange a concert for inmates.

"They asked for a show and why not? They can get speak­ers and a sound sys­tem, and we can do this. Just to up­lift the Ama­jita (guys), you know."

The star is currently behind bars until his formal bail application is heard.
TshisaLIVE
2 years ago

Correctional Services have made it clear that any plan to host something of this nature would not see the light of day.

"It (the idea) is a problem. He is an awaiting trial prisoner and what they are allowed to do is very limited. They are not treated like sentenced prisoners. There is a very strict schedule that only allows for a one hour exercise or recreational time. He cannot throw a concert. Our job is to detain him until he appears in court and nothing else," spokesperson Singabakho Nxumalo told TshisaLIVE.

He explained that if found guilty and sentenced, Pitch Black Afro may be allowed to arrange a show in prison but this would need to be done with the proper approvals and through the right channels.

Singabakho also laughed off Pitch Black's claims made in the magazine interview about getting fat on prison food.

"He is given normal food. There is nothing special about what he is getting. Everyone is treated the same, whether you are a politician or a businessman or  musician. There is no special treatment."

Pitch Black Afro is expected back in the Johannesburg Magistrate's Court on February 7 where judgement on his bail application will be delivered.

Pitch Black Afro's bail hearing has been delayed as his defence attorney failled to provide a convicing argument why he should be granted bail.
TshisaLIVE
2 years ago

The murder case of Pitch Black Afro's wife gets underway on Thursday.
TshisaLIVE
2 years ago